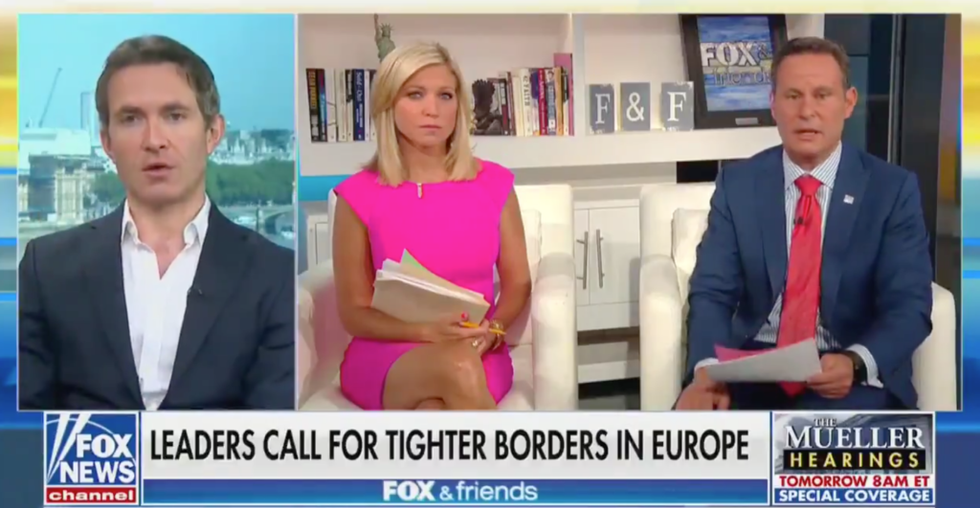 Fox & Friends host Brian Kilmeade made quite the gaffe when discussing immigration with author Douglas Murray.

“If you are against open borders or if you are concerned about immigration, you’re racist, sexist, misogynist, whatever,” Kilmeade said. “Which you’re — it doesn’t matter — we’re not talking color, we’re talking culture.”

Then he accidentally said the opposite.

“We just don’t want to destroy the color of — the culture of the country.”

Murray responded with an awkward, "Right."

"Color" and "culture" are similar words, however people couldn't help but think there was more to the slip.

Even if Kilmeade meant to say culture, is that any better—or significantly different?

All in a day's work at Fox News.