Fox News Tweet Just Trolled Donald Trump With a Factcheck of His Claim That the U.S. Is the 'Only Country' That Has Birthright Citizenship 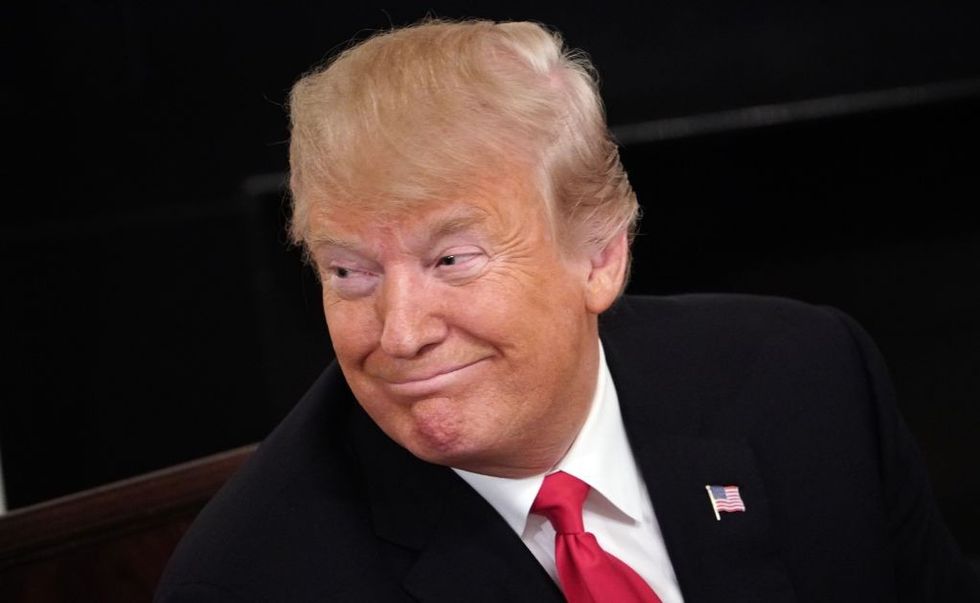 US President Donald Trump attends at an event for American workers in the State Dining Room of the White House in Washington, DC on October 31, 2018. (Photo by MANDEL NGAN/AFP/Getty Images)

In an interview with Axios for HBO, President Donald Trump stated he plans to remove the right of citizenship by birthright in the United States. That right became part of the Constitution through the 14th Amendment.

The 14th Amendment to the Constitution was adopted on July 9, 1868, as one of the Reconstruction Amendments after the Civil War. It essentially granted citizenship to all who had been slaves. It stated:

Trump believes he can issue an executive order to eliminate birthright citizenship. As justification for doing so, Trump stated:

"Now how ridiculous, we're the only country in the world where a person comes in has a baby and the baby is essentially a citizen of the United States for 85 years with all of those benefits."

The President than added:

"It's in the process. It'll happen ... with an executive order."

But is the President right? Is the United States the only country in the world to offer birthright citizenship?

Fox News decided the fact check Trump's claim. It turned out, the USA is very much not the only country in the world to offer birthright citizenship.

→ At least 35 countries offer automatic, unconditional citizenship to children born within their borders.

→ Canada and the US are examples of two countries with large, advanced economies that grant automatic birthright citizenship."

Some people were amazed Fox News had a research department to check facts.

@jodie_robinett @FoxNewsResearch I was amazed to learn Fox had a news research dept. wish Fox News reporters would actually use it.
— Rita Cary (@Rita Cary) 1540999593.0

@FoxNewsResearch Now if Fox reporters would actually look at the factual information put out by their own research… https://t.co/qiRxttDbuz
— Rita Cary (@Rita Cary) 1540999486.0

While some followers of Fox News discounted the research findings.

@FoxNewsResearch Theres over 190 recognized countries in the world. That stat means absolutely nothing. Its not eve… https://t.co/6xLibUdZbj
— JH Goodman (@JH Goodman) 1541000591.0

But were quickly reminded of the point of a fact check.

Others brought up Trump's other claim about an executive order overriding the Constitution.

@FoxNewsResearch More interesting is the fact that the Republican President believes the POTUS can nullify parts of… https://t.co/tpQUoPjCtj
— cincinnatus (@cincinnatus) 1541002504.0

Fox News Research offered an answer for that as well.

Whether Trump decides to go ahead with his attempt to override the Constitution with an executive order remains to be seen.