Not everyone will be happy about this. 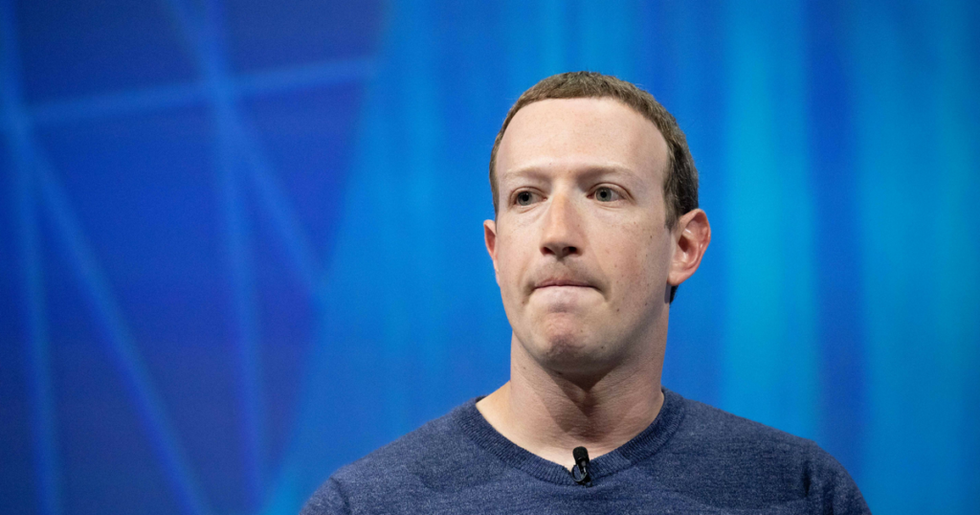 In the interest of public safety amid the ongoing national debate over gun control, Facebook announced on Thursday that it will forbid the blueprint sharing or distribution of 3-D printed guns on its social media platform.

Facebook's rules already prohibit sales and exchanges of guns except by licensed dealers. Facebook said in a statement:

Sharing instructions on how to print firearms using 3D printers is not allowed under our Community Standards. In line with our policies, we are removing this content from Facebook.

Thank you Facebook for your efforts to help block the spread of the 3D weapon files. Proud of the work that I and o… https://t.co/TGI87KhMJ4
— Fred Guttenberg (@Fred Guttenberg) 1533910771.0

Facebook's decision is part of a broader conversation between supporters of gun rights and advocates for public safety.

Gun enthusiast Cody Wilson sought to create a "Wikileaks for guns" in 2013 by posting instructions on how to print 3-D plastic guns at home. He sued the federal government in 2015 and in a settlement was permitted to post his plans online.

Wilson printed his first 3-D gun, "The Liberator," out of ABS plastic in 2012. ABS plastic is the material used to make Legos.

"I'm a radical individualist," Wilson told CNN Money's Laurie Segall in 2017. "I don't like the imposition of state controls over human flourishing and creativity, freedom, individuality. And so, the way to oppose these things is to undermine the powers of traditional liberal institutions."

Wilson added that the First Amendment should protect his right to post his blueprints online for anyone to access.

"I want people to know that it's legal to publish this information online," he said at the time. "Do public libraries perform background checks on people before they read books? That's just not how speech and publication works."

Thrilled to see that @Facebook is banning from its platform sites that host digital blueprints to make guns on 3D p… https://t.co/jdDL28icpS
— igorvolsky (@igorvolsky) 1533910853.0

Because of this, Wilson has garnered a reputation for being "one of the most dangerous people on the Internet."

That changed in July.

Last month, a federal judge ruled that a website run by Wilson had to take down its instructions on how to create 3-D printed guns.

Judge Robert Lasnik sided with 19 states and the District of Columbia, who argued that because 3-D printed guns have no serial numbers and are untraceable, access to building instructions would allow individuals to skirt background checks. Plastic weapons would also be undetectable by metal detectors, plaintiffs argued.

"Plaintiffs have shown a likelihood of success on the merits of their Administrative Procedure Act claim," the judge wrote.

3D-printed guns have no place in our communities—and that includes our online communities. We applaud @Facebook for… https://t.co/NKQHa9KoGd
— Shannon Watts (@Shannon Watts) 1533847070.0

"If Cody Wilson is not stopped, then what we will find is a universe where the internet has plans to 3-D print any kind of weapon anybody wants," Brady Campaign co-president Avery Gardiner told Nightline, "with printers that make that incredibly easy for someone to do in only a few hours in their garage or in their living room."

The court's ruling, however, only applies to the sharing of data online. Wilson has developed a "computer-automated milling machine," which he sells for $2,000 and that has the capability of "carving" metal parts for firearms such as the glock and AR-15.

“This will take you a couple of hours, and it doesn’t require your constant intercession,” Wilson said of his in-home gun maker.

These homemade "ghost guns" can be generated anywhere and by anyone willing to purchase the necessary equipment.

“The term ghost gun refers to guns that really appear out of nowhere," Gardiner said. "We don’t have any register of who bought them, how they were sold."

“We have seen ghost guns used in shootings around America in the last several years,” Gardiner said.

Five years ago in Santa Monica, California, for example, several people were killed when a gunman wielding a "ghost gun" opened fire. The shooter had been barred from purchasing firearms due to mental health conditions, which prevented him from passing a background check.

Wilson acknowledged the risks but insists he is on the side of free speech and the Second Amendment.

“This isn’t just like playing games on your keyboard, right, on the internet? I’ve had customers arrested, right, in other states for owning guns when they shouldn’t have,” Wilson said. “But, again, [I’m advocating] that these are the necessary consequences of ensuring the people’s right to keep and bear arms.”

Wilson added that his goal is to help people empower themselves by giving them the tools to build their own weapons.

“A gun is power and this is the essence of this project… I'm actually giving people the means to create a power for themselves and I'm zealous to do that. That's real for me” he said. “People can misuse it, but it's power all the same. It's a conversation beyond good and evil.”

Wilson also launched a crowd-funding site, Hatreon, which has also been shut down. Wilson compared his online efforts to libraries, in that libraries don't require background checks to read books.

"Any book is, in the right hands, like a grenade. This can't be controlled and we shouldn't try to control it," he told CNN. "These personalities that use Hatreon ... are at worst trolls, performance artists, provocateurs, vulgarians. At best, they represent through their hyperbole or through their extreme thinking and presentations elements of a political speech that should not be censored."

Wilson also said that he doesn't see an immediate danger in giving people access to information.

"I don't believe that access to information is ever tremendously negative or a bad thing. I know that people can use information for bad things. But this isn't a justification to what, stop a publisher from speaking," he said. "Is democracy dangerous or not? Can people be trusted or not?"

Allan Gottlieb, co-founder of the Second Amendment Foundation, said the court's ruling infringes upon free speech and the right to bear arms.