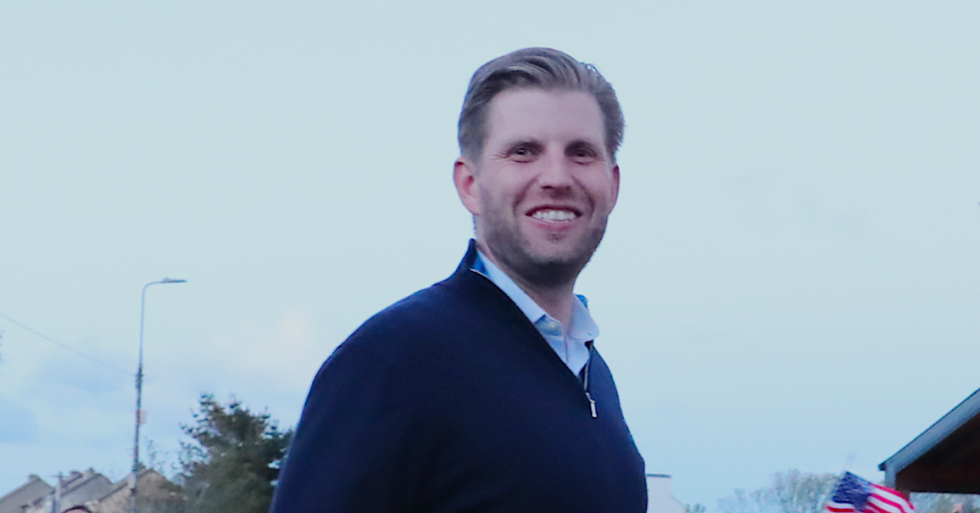 In words that echoed his older sister Ivanka's statements before a group of Trump donors, Eric Trump stated the source of his moral fiber in an oped for The Hill was his father. At the end of the oped, the second son of Donald and Ivana Trump wrote:

"To quote the great Marcus Aurelius from The Gladiator, 'Your faults as a son are my failures as a father.' I owe all of my work ethic, character, integrity, and moral fiber to my father. Hunter Biden can say the same."

And in reactions that mirrored those his sister received, the public let the younger Trump know the resemblance was obvious.

For @EricTrump to quote about fatherly failures on character and moral fiber are actually spot on. #DaddyOfTheYear… https://t.co/WE1jsUmv5x
— Vicky G. (@Vicky G.) 1570213197.0

The title hypocrisy and Eric Trump calling out others for receiving unfair advantages struck people as a lack of self-awareness.

@EricTrump @GOPChairwoman @thehill The lack of self awareness here is astonishing. am not surprised that Ronna t… https://t.co/TC83ApSRom
— sherrybb (@sherrybb) 1570156667.0

@EricTrump @thehill They are going to investigate you and your brother for the Scotland dealings and your sister fo… https://t.co/wSdLv9VSSP
— Sam Taylor (@Sam Taylor) 1570134389.0

@Angelsfan4life @EricTrump @thehill An investigation should have been done on Ivanka and Kushner long ago
— Julie (@Julie) 1570134186.0

The oped came after an equally poorly received Eric Trump interview on Fox News that attacked Hunter Biden for his "privilege" and "advantages."

One Twitter user, @metten, summed up Eric Trump's oped for those who didn't want to read it.

Last week the Speaker of the House announced a formal impeachment inquiry would begin on Donald Trump. Since then, the President and those around him have scrambled to shift focus, blame others and proclaim the actions they admitted to were justified.

Eric Trump's full court press on Hunter Biden is just one more piece in that plan that seems to be failing on all fronts.