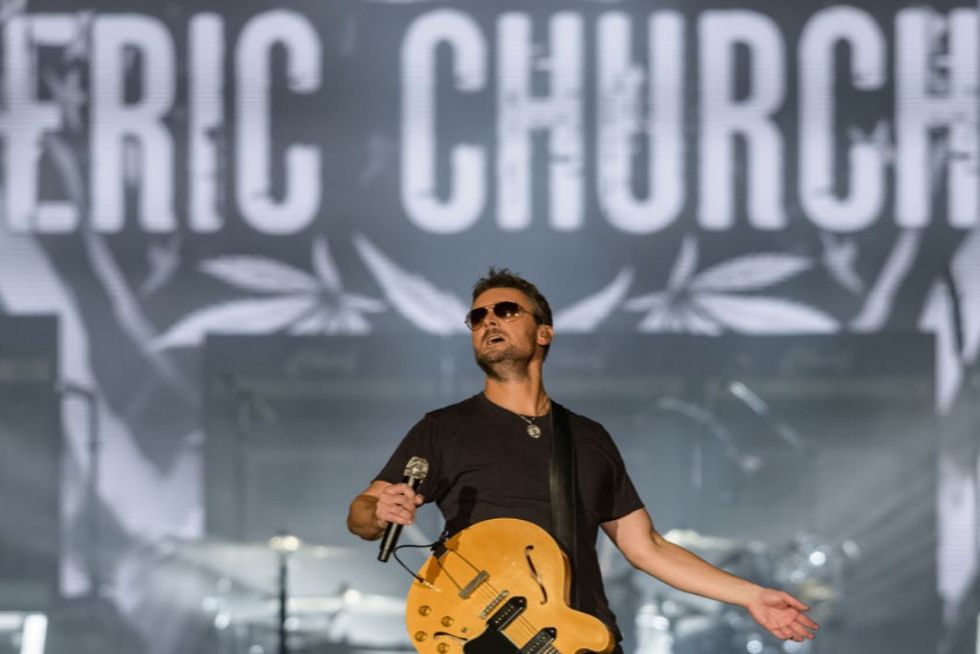 In September 2017, at the Route 91 Harvest festival in Las Vegas, Nevada, a gunman opened fire from a hotel window onto crowds of fans there to see their favorite country music artists. 58 people were killed and an estimated more than 800 injured.

Two nights before the shooting, country music artist Eric Church headlined the festival. According to an article in Rolling Stone, Church was back at his home in Tennessee when the shooting happened. He got a text with the news and turned on his TV.

He admits his first thoughts were for his own fans. Unlike most other major genres of music, country artists maintain a close personal relationship with their fan clubs.

"It’s selfish of me," Church said. "But my first thought was, 'I hope it’s not our fans.' We had a lot of fans there. We even promoted online travel options to make it easier for people to come."

I felt like the bait: People come to see you play, then all of a sudden they die? That is not an emotion that I was prepared to deal with. It wrecked me in a lot of ways."

But Church knows who he blames for the Las Vegas shooter having an arsenal that allowed him to hold off the Las Vegas SWAT team: the National Rifle Association.

"There are some things we can’t stop," the country singer stated. "Like the disgruntled kid who takes his dad’s shotgun and walks into a high school."

But we could have stopped the guy in Vegas. I blame the lobbyists. And the biggest in the gun world is the NRA."

Church himself owns about a half dozen assorted guns. But he holds no membership in the NRA.

"I’m a Second Amendment guy," Church clarified, "but I feel like [the NRA] have been a bit of a roadblock."

I don’t care who you are – you shouldn’t have that kind of power over elected officials. To me it’s cut-and-dried: The gun-show [loophole] would not exist if it weren’t for the NRA, so at this point in time, if I was an NRA member, I would think I had more of a problem than the solution. I would question myself real hard about what I wanted to be in the next three, four, five years."

As a gun guy, the number of rounds [the shooter] fired was un-fucking-believable to me. I saw a video on YouTube from the police officer’s vest cam, and it sounded like an army was up there. I don’t think our forefathers ever thought the right to bear arms was that."

Among the 58 people murdered in Las Vegas were several members of Church's fan club. Sonny Melton, just 29 years old, came from Tennessee with his wife to see Church. His family buried Melton in an Eric Church T-shirt.

"It got dark for me for a while," Church admitted. "I went through a period, a funk, for six months at least. I had anger."

I’ve still got anger. Something broke in me that night, and it still hasn’t healed. There’s a part of me that hopes it haunts me forever."

Church's words echo those of the collateral victims of gun violence. The families of the children murdered in Columbine, and Newtown and Parkland and the children who survived the attacks.

The friends and family and partners of those murdered at Pulse Nightclub in Orlando will never fully recover either. The trauma never leaves them, they just learn to live with it.

For some, taking on the gun lobbyists and the NRA helps them heal. But it also makes them targets of those who think their interpretation of the 2nd Amendment supersedes the rest of the U.S. Constitution.

Church knows his Rolling Stone interview will rile some of his fans.

"I don’t care," the artist stated.

Right’s right and wrong’s wrong. I don’t understand why we have to fear a group [like the NRA]. It’s asinine."

Why can’t we come together and solve one part of this? Start with the bump stocks and the gun shows. Shut a couple of these down. I do think that will matter a little bit. I think it will save some lives."