The Volcano Warning: Do you Know the Signs? 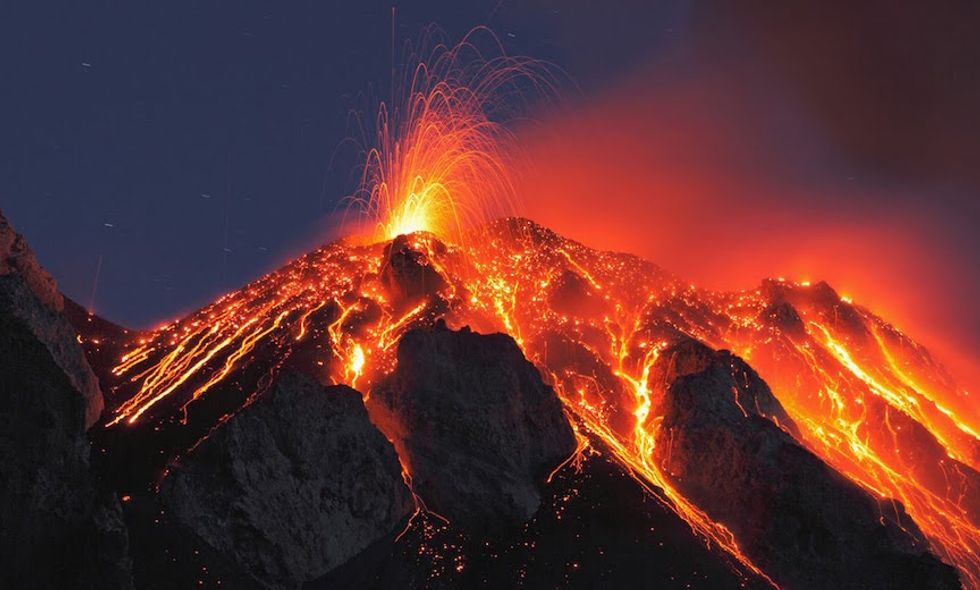 Some volcanoes hem and haw, spew gas, cause earthquakes and generally make a big show about their impending eruptions. But others erupt with little warning. Scientists have finally uncovered an explanation for these sudden eruptions.

Until now, scientists had believed that eruptions were caused by increasing pressure from the slow build-up magma beneath volcanoes for tens to hundreds of years. New research from a team of scientists from the University of Oxford and the University of Durham in the United Kingdom, however, found that for some volcanoes, eruptions may be triggered in mere days by the late-stage, rapid formation of gas bubbles in magma chambers. The study was published earlier this month in Nature Geoscience.

Magma Crystals may cause bubble build up. Credit: Source.

The scientists studied the dormant volcano Campi Flegrei in southern Italy, once thought by Romans to be the home of Vulcan, the God of Fire, and to house the entrance to Hades.

While studying geological markers inside the volcano, the scientists discovered fluorine, chlorine and water “bubbles” trapped within several common minerals produced during an ancient eruption. These bubbles acted as a kind of time capsule, frozen into place within these minerals when they formed.

The scientists noticed that the magma only developed these bubbles just before the eruption occurred – for most of the rest of the life of the volcano, the magma was bubble-free. The sudden buildup of these bubbles put sudden pressure on the roof of the chamber, causing it to collapse and trigger an explosion.

These gas bubbles may escape to the surface prior to an eruption. If they do, scientists may be able to

detect an impending explosion by a change in the composition of gases emitted at the Earth’s surface. Lead author Mike Stock, from the Department of Earth Sciences at the University of Oxford explained, “When the magma forms bubbles, the composition of gas at the surface should change, potentially providing an early warning sign.”

So  far the results are limited only to Campi Flegrei, but if the results hold true for other volcanoes, this research may change the way scientists traditionally approach volcanoes’ early warning signs. “This research will also help us refine our ideas of what we want to measure in our volcanoes and how we interpret the long-term monitoring signals traditionally used by observers,” said co-author Professor David Pyle from the Department of Earth Sciences at the University of Oxford.

Campi Flegrei last erupted in 1538, but has recently shown signs of unrest. The scientists’ new research tools have not yet revealed whether an impending eruption is likely.