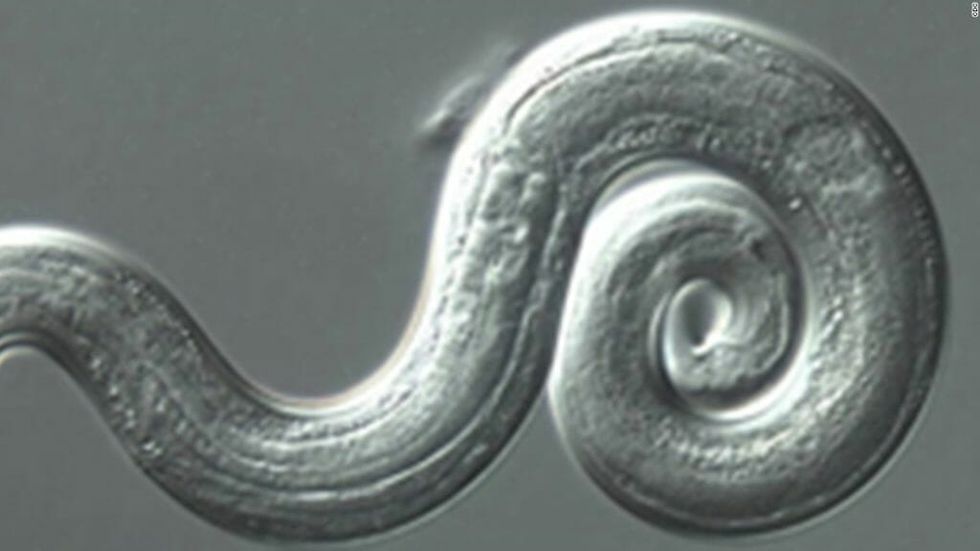 When Bay Area newlyweds Ben Manilla, 64, and Eliza Lape, 57, began planning their honeymoon trip to Maui in January, fear of contracting a brain-infecting roundworm was probably not high on their list of worries.

It should have been.

Hawaiian health officials say the islands are currently in the throes of a "fast epidemic" of Angiostrongylus—a nematode otherwise known as the rat lungworm, which, when ingested by humans, migrates straight to the brain and can cause a rare type of meningitis.

After spending two weeks in the Hana area on the island of Maui, Manilla and Lape began feeling ill.

“My symptoms started growing to feeling like somebody was taking a hot knife and just stabbing me in different parts of my body,” Lape recalled to the Associated Press.

Though Lape eventually recovered without complications, Manilla had to undergo several operations. “[I’ve had] two pneumonias, a blood clot. Right now, I’m dealing with a kidney issue, all of which was spurred by the ratlung,” he said.

Though the couple aren’t sure exactly how they contracted the parasite, it’s carried in rats and transmitted to humans via snails and slugs, who eat the infected rat feces. Humans can then accidentally eat a portion of a raw snail or slug—or even just its slime—on unwashed produce, especially leafy vegetables.

In all, thirteen cases of rat lungworm have cropped up in the Aloha State; this year’s have been linked specifically to the islands of Maui and Hawaii.

Though rat lungworm is also found in snails, freshwater prawns, frogs, and crabs, the main transmission culprit is thought to be the “semi-slug,” a gastropod with a distinctive hump that’s a ubiquitous invasive species on the island. Up to 80 percent of semi-slugs are thought to harbor the rat lungworm.

When humans ingest the parasite’s eggs, the juvenile worms travel right to the brain—or more rarely, the lungs—causing an illness that can last anywhere from two weeks to two months. Though the worms eventually die, their presence can cause a rare form of meningitis that presents with severe headache, fever, vomiting and even temporary facial paralysis.

“It’s pretty bad,” Pang told Maui News of the disease. “Some of the damage is permanent.”

Though infected people do not pass the disease on to others and most make a full recovery, the psychological damage for patients of knowing a worm was inside their brain can be long lasting.

"Had we known we were walking into this kind of environment," Manilla said of his trip, "we would have had a completely different attitude."

The best mode of prevention, according to health officials? Wash all fruits and vegetables before consumption.