Monkey Mobsters: They Steal Your Stuff and Actually Make You Pay to Get It Back 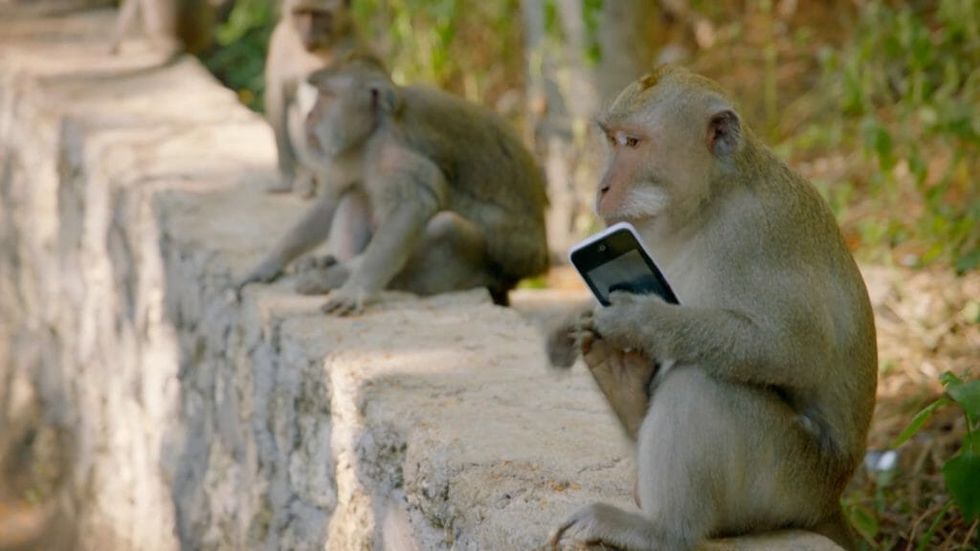 Sometimes you just want a banana. And these monkeys are willing to do lie, beg and steal to make that happen.

A group of long-tailed macaques at the Uluwatu Temple in Bali steal from tourists, and then hold their goods ransom until they get their favorite foods.

In this video, you can watch the macaques run off with sunglasses, flip-flops, jewelry—basically anything that they have learned is valuable and that people will pay to get back.

“It’s a unique behavior,” said Fany Brotcorne, a primatologist at the University of Liege in Belgium, who has been studying the monkeys. “The Uluwatu Temple is the only place in Bali where it’s found.” Her team’s research can be found in the journal Primates.

Because it is unique, Brotcorne and her colleagues believed the behavior was learned rather than innate. Four months of subsequent research confirmed that hypothesis.

The scientists observed four groups of monkeys living near the temple. The two groups that were around tourists the most had the highest rates of robbing and bartering, suggesting the behavior is cultural and passed down through generations. The hypothesis was strengthened when a fifth group of macaques moved in, and learned that they too could steal goods in exchange for food.

The researchers also found that groups with young males, who are more likely to engage in risky behavior, had higher rates of bartering than other groups.

Serge Wich, a primatologist at Liverpool John Moores University in the United Kingdom, said that the behavior is particularly interesting because it doesn’t happen in other areas where the macaques could be similarly rewarded. “This indicates that it can indeed be a new behavioral tradition in primates and one that teaches us that new traditions can involve robbing and bartering with a different species.”

The research is also interesting because bartering is generally thought of as being confined to humans. By following this emerging trait in macaques, scientists hope to gain insight into the evolution of bartering in our species.

Of course, the question on everyone’s minds is: did the scientists get ripped off too?

“Oh, so many times!” said Brotcorne. “The monkeys were always trying to steal my hat, my pen, even my research data!”