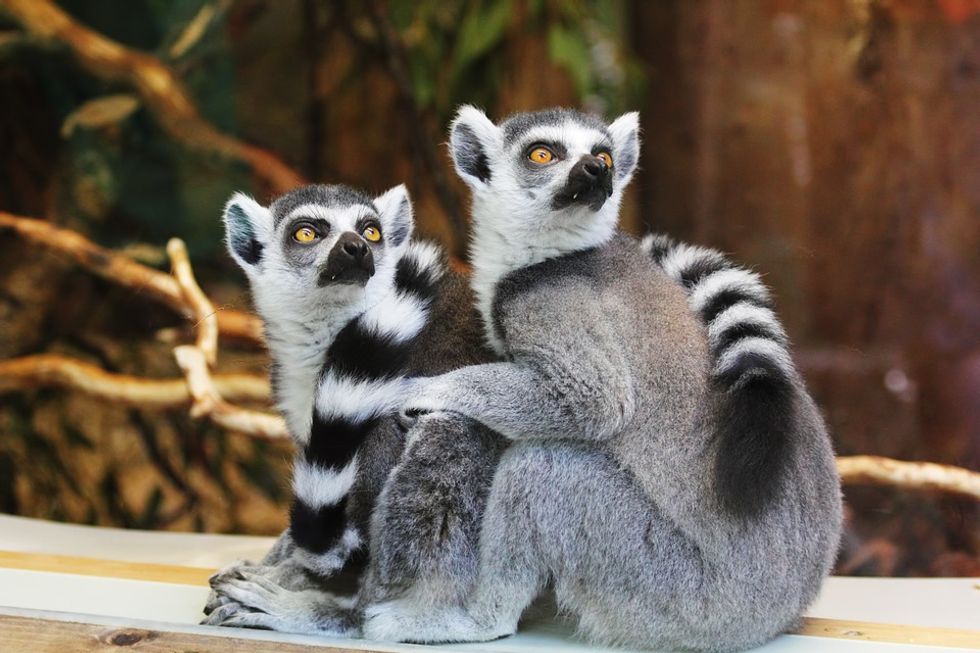 Humans are one of the few primates that are thriving, according to a comprehensive study released last week.

The study, which was published by a team of 31 primatologists in the journal Science Advances, reviewed the survival prospects of all the world’s known species of non-human primates—504 in all. It found that seventy-five percent of primate species are in decline, and sixty percent are threatened with extinction. Every species of ape is threatened (including gorillas, orangutans and gibbons), and nearly every species of lemurs.

“It’s worse that we thought ten years ago,” said Katherine C. MacKinnon, an anthropologist at Saint Louis University and a co-author of the study.

The decline in primates is due overwhelmingly to human interference.

Unsustainable agricultural and mining practices have been a large factor, as more and more natural forest and jungle is converted for farming purposes. Between 1990 and 2010, agricultural expansion in areas where primates live was estimated at half a million square miles—about double the size of Texas. The Amazon jungle is being converted into farmland; Madagascar forests into rice paddies; and Southeastern Asian forests into palm oil plantations.

Hunting has also been a factor in the decline. Some areas, such as West Africa, have a strong demand for primate meat in local markets. The Chinese also have a lively market for primate body parts, which some Chinese believe to have healing powers.

“The forests are still standing, but they’ve shot everything out of it,” said Anthony B. Rylands, a senior research scientist at Conservation International and co-author of the study.

Paul Garber, a University of Illinois anthropology professor who co-led the study, said “Sadly, in the next 25 years, many of these primate species will disappear unless we make conservation a global priority.” The researchers cautioned that conservation was “not yet a lost cause,” but that immediate action must be taken to save these animals from extinction.

These actions would require a “major revolution in commitment and policy,” the authors wrote. At its most basic form, said Rylands, it would mean that “You have to stop hunting them and give them a place to live.” This would require decreasing demand for tropical hardwoods, beef, palm oil, soy, rubber, minerals, and fossil fuels, while promoting sustainable resource-use practices.

A failure to address the impending extinction could have dire consequences beyond the primate population. Primates are extremely important to their ecosystems. They help to move pollen between trees and allow plants to spread across a healthy range through their eating habits.

“People used to think of primates as icing on the cake, as not being vital for ecosystems,” said MacKinnon. “But now we know they are.”

Yet many of the local communities where primates lives are extremely poor. Agriculture and hunting are short-term solutions for getting food on the table. While the authors speculate that the populations could ultimately make more money by building fish farms or opening up intact forests to tourism, these are longer-term solutions.

The problem is, many primates don’t have much time left.

Said Garber, “This truly is the 11th hour for many of these creatures.”