Intersex Fish Are Popping Up All Over England: Here’s Why 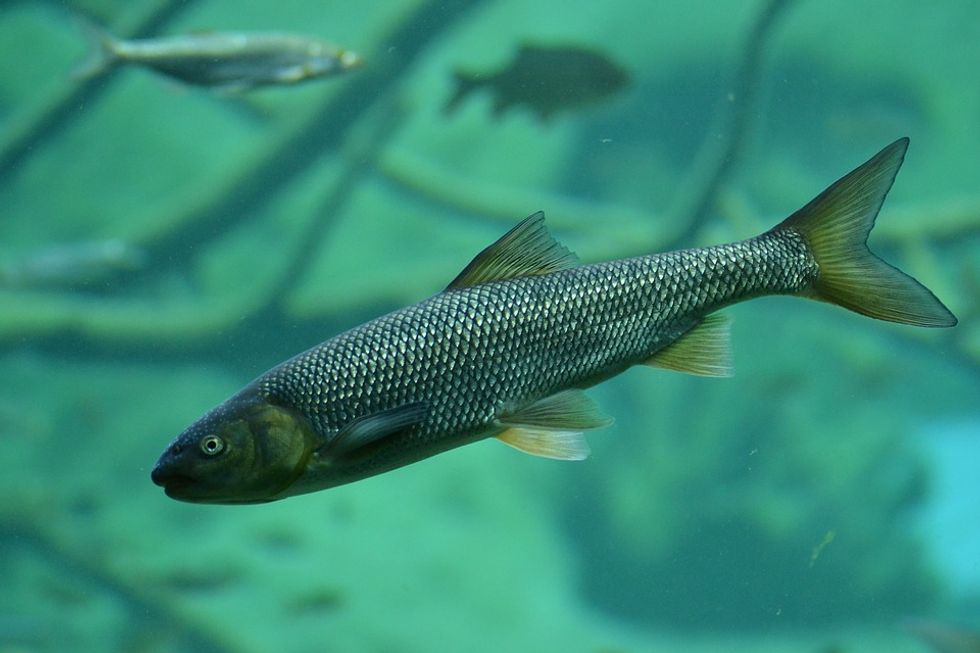 You might want to think twice before flushing that forgotten birth control pill down the toilet or using Drano on that stubborn clog: Household items being flushed down drains and toilets are turning male fish intersex.

According to experts from the University of Exeter in England, at least 20 percent of all male fish tested at 50 different sites across the United Kingdom are “intersex,” displaying both male and female characteristics. Some male fish are even laying eggs.

Even those fish that aren’t laying eggs are showing effects. Many fish have dramatically reduced sperm quantities, and are less aggressive and competitive in finding mates. Accordingly, they tend to breed less and produce fewer offspring. The offspring they do have tend to be more likely to be affected by chemical products than those of non-contaminated fish.

The most likely chemical culprits are contraceptive pills—either those flushed down the toilet, or the remnants found in urine. Cleaning agents, plastics, and cosmetics may also be contributing to the change in the fish. In all, over 200 chemicals from sewage plants have been identified with estrogen-like effects.

“We are showing that some of these chemicals can have much wider health effects on fish than we expected. Using specially created transgenic fish that allow us to see responses to these chemicals in the bodies of fish in real time, for example we have shown that estrogens found in some plastics affect the valves in the heart,” said Professor Charles Tyler of Exeter University, who researched the fish.

Drugs like antidepressants can also alter the fishes’ natural behavior. “Other research has shown that many other chemicals that are discharged through sewage treatments works can affect fish including antidepressant drugs that reduce the natural shyness of some fish species, including the way they react to predators.”

The findings were presented at a symposium at Exeter University last week. Dr. Steve Simpson, who organized the symposium, said he hoped the talks would give “fish biologists from around the world a chance to exchange ideas and discuss how to protect dwindling fish populations in rapidly changing seas and rivers, before it is too late.”

Let’s do our part. Be careful what you flush.