Scientists Around the World Are Waging a War on Glitter 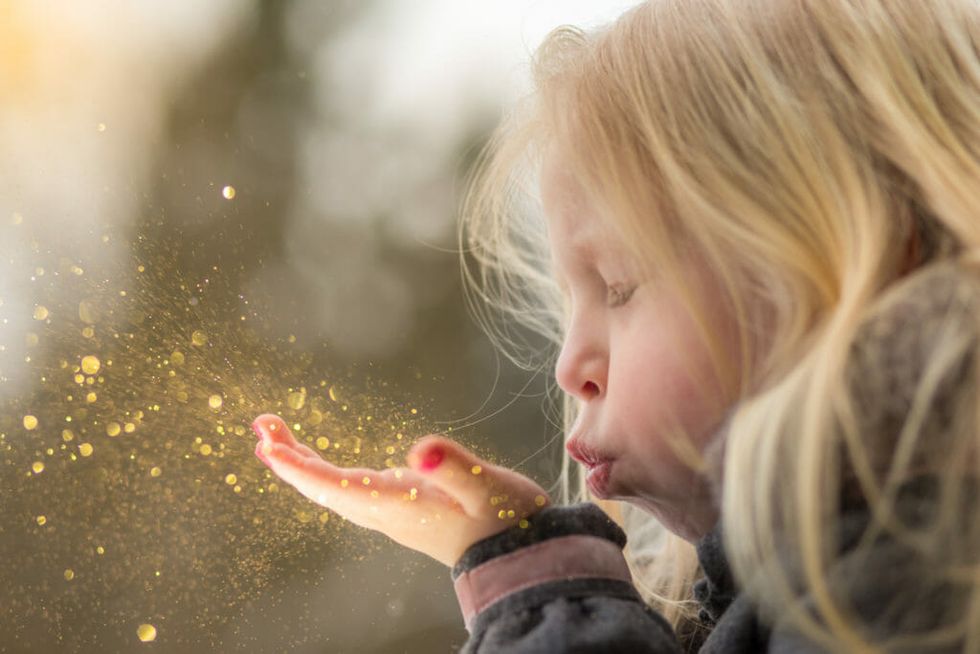 Scientists have acknowledged what parents of young children have known for decades: glitter is an environmental hazard.

If glitter seems to live on for years after a single ill-considered craft project, it’s not your imagination: Modern glitter made from foil and plastics not only sticks to everything due to static electricity, it does not disintegrate and eventually ends up in the world’s oceans.

“I think all glitter should be banned, because it’s microplastic,” Dr. Trisia Farrelly, an environmental anthropologist at Massey University, told The Independent.

The U.S. partially banned the most notorious microplastics — microbeads in cosmetic products — in 2015, and the U.K. will follow suit in 2018 with a full ban. Microbeads were once a popular additive to exfoliating facial scrubs and body washes, but soon were found to clog wastewater treatment plants, sully freshwater reservoirs, and end up in the stomachs of unsuspecting marine life that mistook the tiny particles for prey. In fact, one study found plastics in one-third of all fish caught in Great Britain.

Though craft glitter — the kind probably lodged somewhere deep in your carpet right now — will still be legal under the U.K.’s 2018 ban, glitter in cosmetics such as body lotion and body wash will be considered microbeads and therefore phased out.

“When people think about glitter they think of party and dress-up glitter,” said Farrelly. “But glitter includes cosmetic glitters as well, the more everyday kind that people don’t think about as much.”

The plastic used to make cosmetic glitter is often made of polyethylene terephthalate, or PET, notorious for releasing hormone-disrupting chemicals that can cause cancer and birth defects in both people and animals who ingest it.

Some U.K. preschools, such as the Tops Day Nurseries chain, have acknowledged the environmental problems associated with glitter and have stopped using it for craft purposes.

"You can see when the children are taking their bits of craft home and there's glitter on the cardboard, it blows off and into the air,” Managing Director Cheryl Hadland told the BBC. "There are 22,000 nurseries in the country, so if we're all getting through kilos and kilos of glitter, we're doing terrible damage."

Not surprisingly, the call for a ban on something traditionally associated with fun and celebration was met with some consternation.

A Dec. 1 article on Slate in defense of glitter (titled “Guys, Glitter Is Not the Real Enemy Here”) points out that much of the microplastic load in the ocean is not from individual microbeads from cosmetic products, but have broken off from larger pieces of plastic that have been damaged or have begun to degrade.

“Manufactured microplastics like microbeads and glitter…are an infinitesimal part of the enormous plastic problem,” the article reads. “ Degrading plastic, which is thought to be the source of the majority of ocean plastic pollution, is complicated and multisourced. Any plastic…can be transformed by the beating sun, lapping waves, and the ticking of the clock into a fish-killing microplastic soup. So yeah, we can go ahead and ban glitter. But no one should be fooled into thinking a war on glitter will really save the oceans.”