Climate change is coming harder and faster than scientists expected, and the physics is promising more of the same. 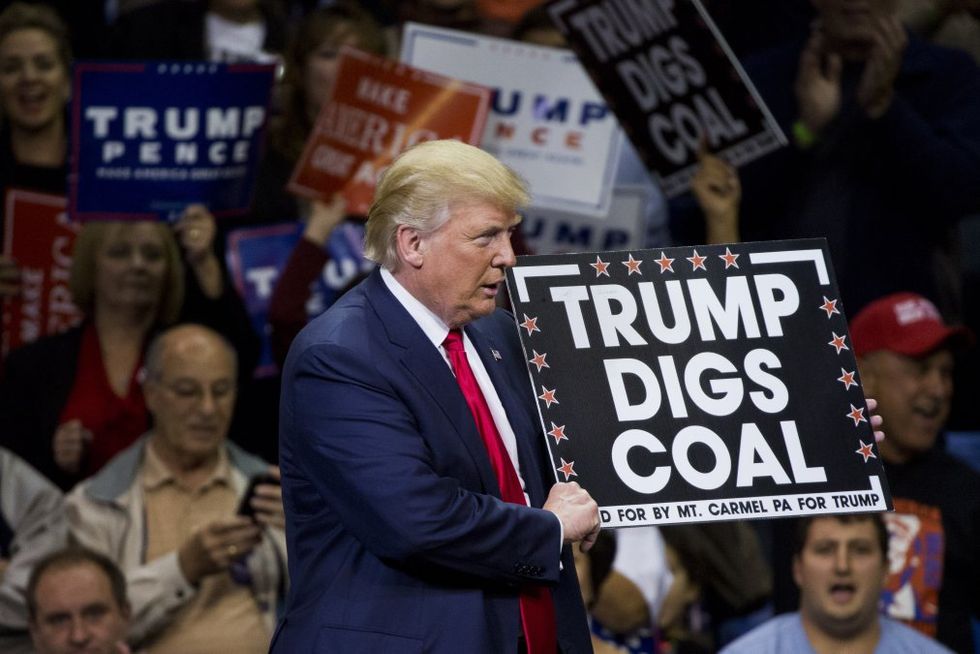 President-elect Donald Trump has called climate change a hoax, and then acted on that belief by appointing several known  climate change deniers to key cabinet posts. Right now, it’s anyone’s guess as to whether Barack Obama’s legacy as an environmental president will survive the next four years.

But the climate news in 2016 is alarming and real.

Perhaps the most frightening change to our planet is invisible. In the last year, carbon dioxide levels permanently surpassed 400 parts per million (ppm) for the first time since the Pliocene era more than three million years ago. We're only now learning just how different that Earth was during that epoch, as recent core samples pulled from the north now suggest that the high arctic was a good 14° to 20°C warmer than it is now, and covered with pine forests. Other studies have suggested that sea levels were more than 60 feet higher. So surpassing 400 ppm levels suggests that we've entered an era of dramatic and overwhelming change that we cannot control.

Not surprisingly, humanity is already seeing the effects of this modern CO2 record. All the data has yet to be calculated, but after a recent upward spike in Arctic temperatures — it's been above freezing several times at the North Pole in December — 2016 will certainly go down on record as the hottest year in millennia, surpassing the previous records set in 2014 and 2015. In fact, 16 of the hottest 17 years have occurred in the last 17 years. The last record cold year was 1911.

Scientists predict that the Arctic will be free of snow during the summer sometime in the next two years. Similarly, the extent of Arctic sea ice in 2016 was at record low levels several times in 2016, and the unusually warm winter temperatures in Arctic countries late in the season has scientists alarmed and frightened for future melt seasons.

If you're not a scientist, the lack of snow and ice cover might not seem like a catastrophe in the making, but it is. The brilliant brightness of snow, called albedo, reflects an incredible amount of heat back into space, creating an efficient planetary thermostat. Darkly colored land and water absorbs heat, compounding the problem, effectively turning the thermostat way up.

This is especially true in the Arctic, due to a process known as Arctic amplification, which sees warming trends magnified dramatically at higher latitudes. Greenland is melting a century earlier than expected, and more than one massive ice shelf in the Antarctic has become unstable from water melting beneath it. The potential rise in sea levels this century is now likely to be measured in yards. The United States is already suffering, with 76 percent of coastal flood days now attributed to climate change.

Previously, it was nearly impossible to tie actual catastrophic weather events to rising temperatures, but with advancing technology and greater understanding of weather systems and processes, that is changing. Scientists have known for a long time that adding heat or energy to weather systems makes catastrophic weather events more likely, but new simulations are starting to tease out humanity's influence. Whether it's flooding in Louisiana or heatwaves in India, the intensity of our contribution is becoming clearer and easier to measure.