So… Is Coconut Oil Bad for You or Not?

It's been hailed as a superfood for years, but now the American Heart Association says it’s worse for you than pork lard. Should you throw out that jar? 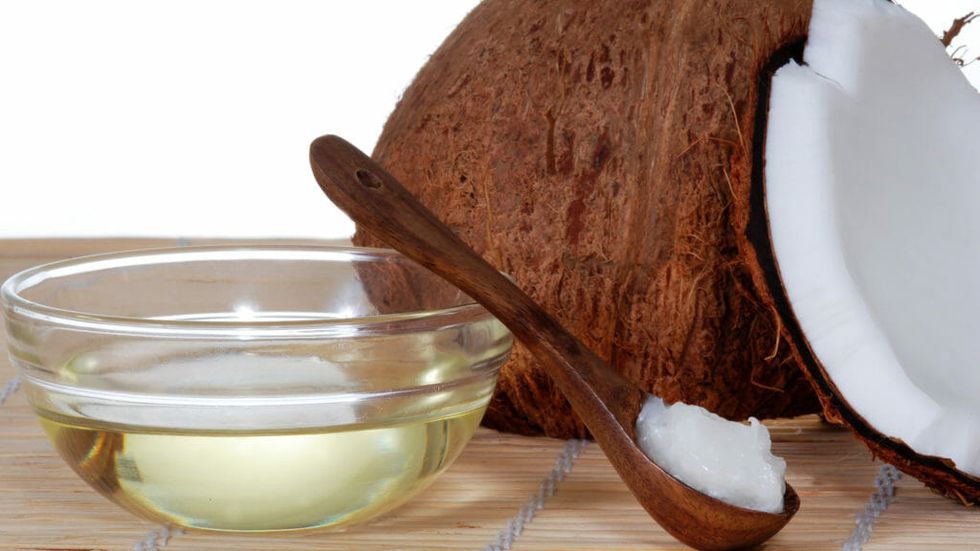 Coconut oil on a bamboo mat

It might just be the most controversial fat in the world right now.

Coconut oil, cold or warm-pressed from the flesh of the familiar tropical drupe, was absent from U.S. store shelves for decades due to its high saturated-fat content. However, it has seen something of a renaissance over the past few years, vaunted by nutritionists and health bloggers alike as everything from a weight-loss aid to dementia preventative.

That all seemed to change in mid-June, after the American Heart Association released a new report doubling down on the original scientific opinion that saturated fats are bad — and specifically zeroing in on coconut oil.

“A recent survey reported that 72 percent of the American public rated coconut oil as a ‘healthy food’ compared with 37 percent of nutritionists,” the report noted. “This disconnect between lay and expert opinion can be attributed to the marketing of coconut oil in the popular press.”

Does that mean you shouldn’t be eating coconut oil, then? Turns out the answer is somewhat murky.

The idea that a diet high in saturated fats can raise the levels of “bad” LDL cholesterol in the blood, leading to artery blockages and an increased risk of heart disease and stroke, is not new. It’s also no secret that 82 percent of coconut fat is saturated — more than butter, beef fat and pork lard.

“Because coconut oil increases [bad] cholesterol, a cause of cardiovascular disease, and has no known offsetting favorable effects, we advise against the use of coconut oil,” the AHA report notes.

However, dieticians point out that coconut oil contains lauric acid, a medium-chain fatty acid thought to increase levels of “good” HDL cholesterol in the blood — reducing risk of heart disease.

Thomas Brenna, a professor of nutrition at Cornell University who “extensively reviewed the literature on coconut oil,” toldThe New York Times in 2011: “Virgin coconut oil, which has not been chemically treated, is a different thing in terms of a health risk perspective. And maybe it isn’t so bad for you after all.”

Further, multiple media outlets point out that the AHA study included patients who swapped out animal fats with polyunsaturated fats — none of which were specifically coconut oil. This means the AHA’s blanket recommendation against coconut oil is based solely on its status as a saturated fat and ignores all the recent evidence of coconut oil’s health benefits based on its specific chemical makeup.

For those not wishing to hedge their bets when it comes to fat in their diet, which oils are most recommended for health-conscious consumers looking to keep their cholesterol in check? According to the AHA, the best option is olive oil, followed by avocados, fish oil, nuts and seeds. And one of the oil’s other lauded benefits — as a topical moisturizer — can still justify the existence of that jar in your cupboard.

"You can put it on your body, but don’t put it in your body,"notedFrank Sacks, one of the AHA report authors.