Chuck Schumer Just Withdrew His Offer to Fund Trump's Border Wall, and Now He Has a New Nickname 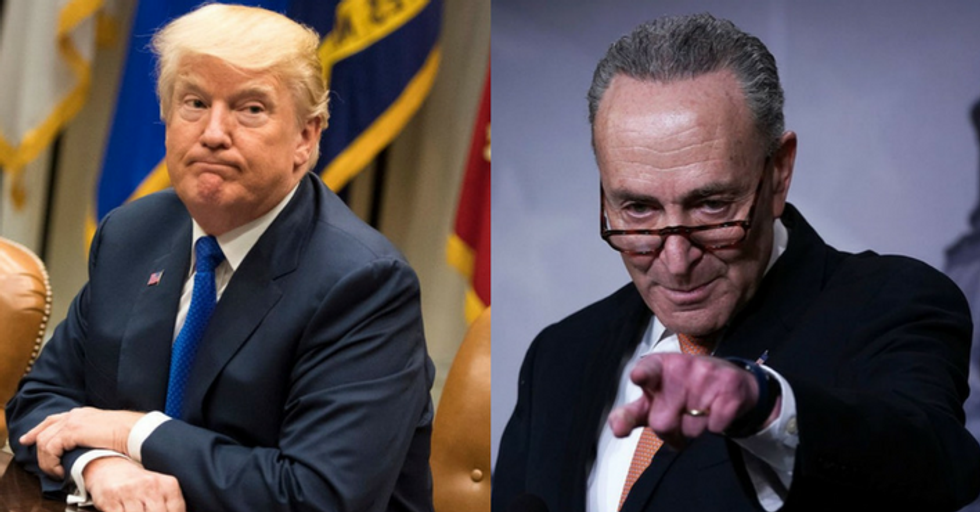 On Tuesday, Democrats withdrew an offer to fund U.S. President Donald Trump’s border wall. Illinois Democratic Senator Dick Durbin said, “He (Schumer) did it in the context of a negotiation.”

Those negotiations concern the future of the Deferred Action for Childhood Arrivals (DACA) program which covers illegal immigrants known as “Dreamers.”

The day after the end of a government shutdown, Senate Democratic leader Chuck Schumer said he pulled the offer because of Trump’s failure to follow through on an agreement the two men discussed Friday.

So we’re going to have to start on a new basis and the wall offer is off the table."

Cryin’ Chuck Schumer fully understands, especially after his humiliating defeat, that if there is no Wall, there is… https://t.co/oaabUSfT9w
— Donald J. Trump (@Donald J. Trump) 1516766847.0

During his 2016 election campaign, Trump claimed Mexico would pay to build his wall along the southwestern border of the United States. Mexico repeatedly rejects that claim.

As a result, Trump asked Congress for U.S. taxpayer funds to build his border wall. Conservative estimates put the cost at more than $21 billion. The majority of Americans oppose building the wall.

With Democrats and many Republicans favoring more effective border enforcement tools than Trump's border wall, it becomes a major roadblock in immigration reform and budget negotiations.

Democrats seek to protect about 700,000 Dreamers after Trump announced the end of the Obama administration's DACA program in September. The program, begun in 2012, gave qualified Dreamers brought to the United States as children temporary protection from deportation with the ability to study and work in the United States.

Meanwhile, President Trump was not the only one to react on Twitter.

@realDonaldTrump Here you are, ripping your Congress to shreds while Justin Trudeau called the Gov. of Kentucky and… https://t.co/p2JVp8YoEB
— Cynethryth (@Cynethryth) 1516770015.0