Donald Trump Seemed to Sing Part of His National Emergency Declaration Speech, and People Are Already Setting It to Music 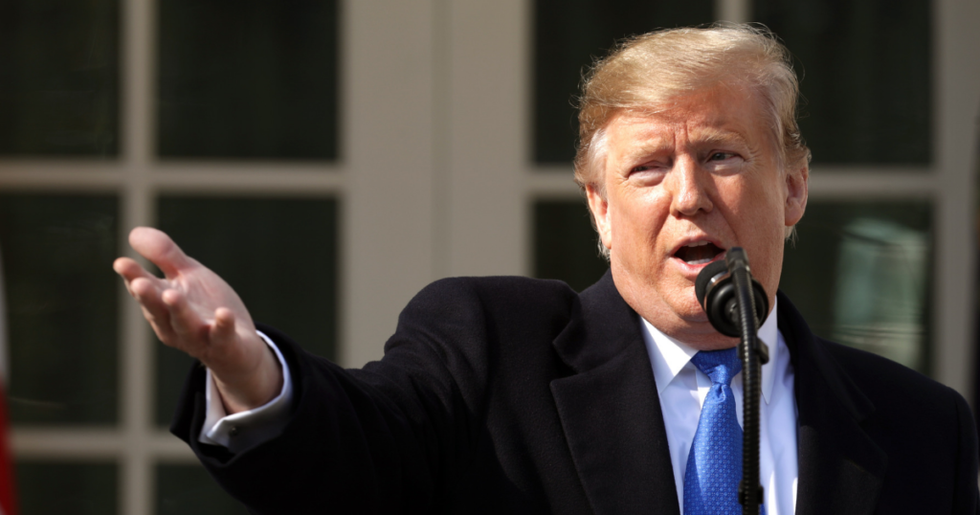 President Donald Trump declared a national emergency Friday morning and predicted that he will face challenges in the courts. The way the president delivered his remarks, however, was... different.

It started off normally by today's standards.

"The order is signed, and I'll sign the final papers as soon as I get into the Oval Office and we will have a national emergency," Trump said in the White House Rose Garden.

As a practicing attorney I cannot emphasize this strongly enough: he's trying to recite something someone tried to… https://t.co/kAUkP6OSOc
— Amee Vanderpool (@Amee Vanderpool) 1550252922.0

Trump began vocalizing an upward inflection at the end of every phrase... like he was singing an Ed Sheeran song. Big thanks to the Gregory Brothers for this gem.

The thing is it really works:

Sing along with the chorus:

"Just like the ban. They sued us in the Ninth Circuit and we lost in the appellate division, and then we went to the Supreme Court, and we won."

This is the wholesome content we need right now.

@gregorybrothers @arosegregory @edsheeran Thank you for your service to this country
— Micaela Blei (@Micaela Blei) 1550254715.0

People had their suspicions during Trump's big break.

This is not fake news.

Is Trump literally singing this speech? What is this even? #FakeTrumpEmergency
— Jeremy McNabb (@Jeremy McNabb) 1550246594.0

Next steps include more autotuning, obviously.

I think I found my weekend plans.

Have we reached peak reality show yet?

My brain tried to eat itself when Trump started singing at his press conference. The wrong part of that sentence is hyperbole.
— BYRON Turk (@BYRON Turk) 1550246888.0