Donald Trump Insulted a Female Reporter During a Press Conference, and the Reporter Just Weighed In 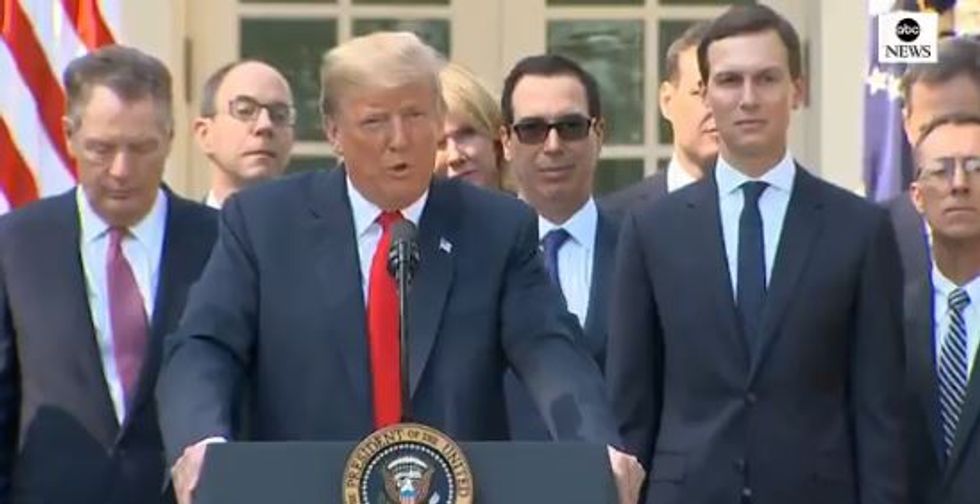 President Donald Trump frequently insults women and loves to insult the press. So during a press conference Monday, he decided to kill two birds with one stone.

When ABC News White House correspondent Cecilia Vega asked Trump for clarification on the scope of the FBI's investigation into the sexual assault allegations against Supreme Court nominee Brett Kavanaugh, Trump hurled an insult right at her, enough under his breath that she couldn't hear him, but audible for anyone listening at home.

First, Trump claimed that Vega was in a "state of shock" that he called on her. When Vega said, "I'm not, thank you," Trump interrupted with:

"I know you're not thinking. You never do."

He then proceeded to dismiss her question, insisting that questions be on the topic of trade, but it was the random insult that had people on Twitter fuming.

@ABC @CeciliaVega He was disrespectful and condescending in her comment towards @CeciliaVega even before she asked… https://t.co/38fYGrAeTL
— Moksha Lim (@Moksha Lim) 1538410042.0

@ABC @CeciliaVega How about his comment! “ I know you aren’t thinking, you never do “. Where is the outrage here AB… https://t.co/RDf0EcIPwB
— rottentothecori (@rottentothecori) 1538409987.0

Some insisted that Vega was in the wrong for asking the question instead of one regarding trade.

Then Vega herself clarified that that was not the case.

A news conference means you get to ask whatever question you want to ask. #FirstAmendment
— Cecilia Vega (@Cecilia Vega) 1538411037.0

It's unsurprising that, even in a trade press conference, the Kavanaugh nomination would get the bulk of the attention.

After an initial hearing had concluded, multiple sexual assault allegations against Kavanaugh emerged, forcing the Senate Judiciary Committee to hold another hearing in which one of the accusers, Dr. Christine Blasey Ford, was permitted to testify.

After credible testimony from Dr. Ford, Kavanaugh testified again, often coming off as combative and defensive.

Just before the committee was expected to vote him out of committee, Senator Jeff Flake (R-AZ) said he would only do so with one condition: an FBI investigation before a full senate vote.

One of the conditions for investigation was that it be limited in scope and time. It was these conditions on which Vega was asking for clarification, after growing reports that the FBI investigation is too restricted to matter.

The FBI has a week before reporting its conclusions. Only then will America know if the scope was broad enough to matter.