Donald Trump Jr. Compared Illegal Immigrants to Zoo Animals on Instagram, and People Are Calling Him Out

Few manage to outmatch President Donald Trump in crassness and tactlessness, but his son Don Jr. definitely gives him a run for his money.

The antagonistic eldest son of Donald Trump continued that pattern when he shockingly used an Instagram story to compare undocumented immigrants to animals in a zoo on the night of his father's first Oval Office address, which the senior Trump used to vilify ignorance to bolster funding for a wall at the southern border. 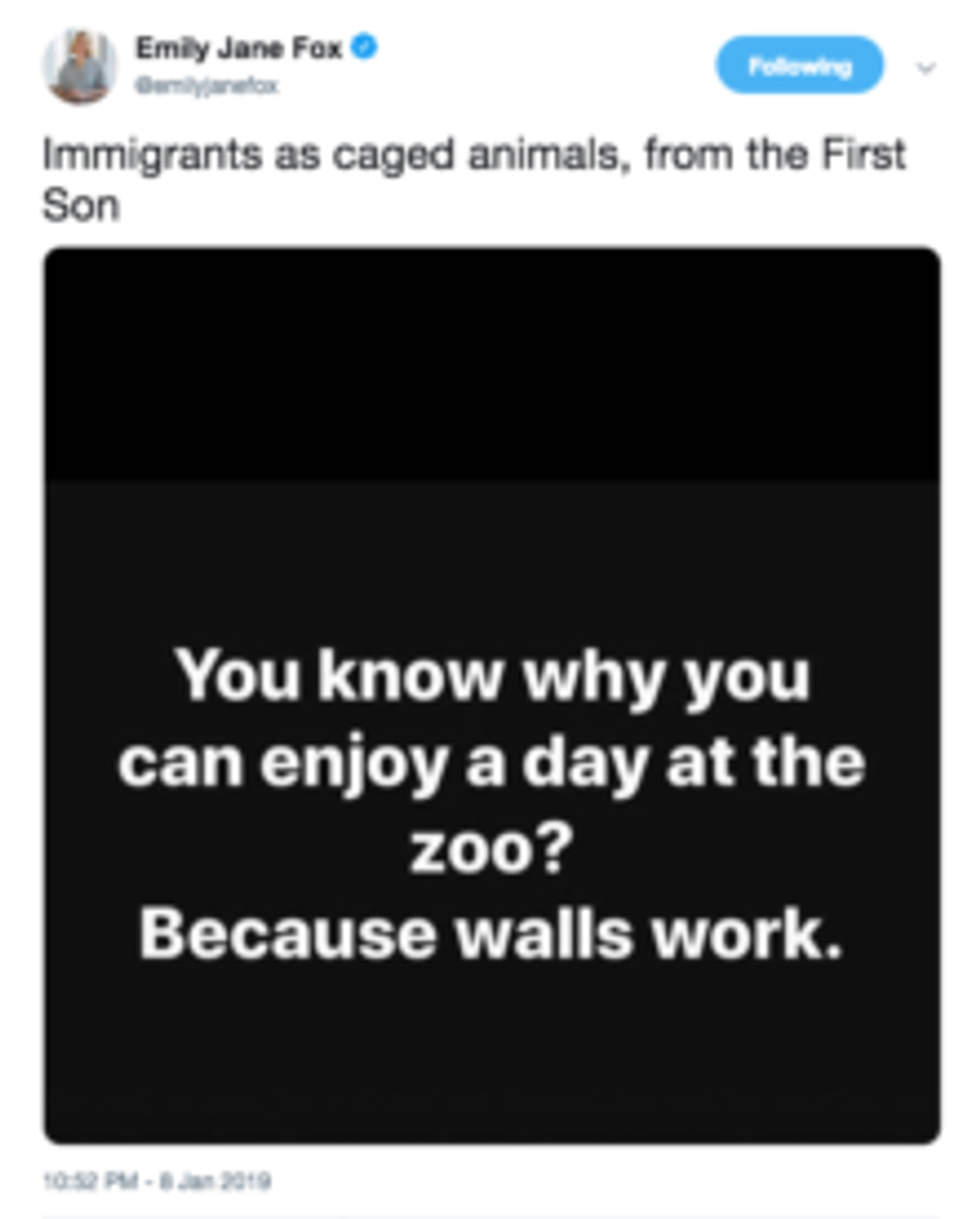 While Instagram stories are fleeting, screenshots are forever, and people have a lot to say about this one, and about Trump Jr.'s character as a whole.

But there was one unifying joke to be made.

Many believe that Trump Jr., his father, and maybe even other family members will soon be behind bars...just like animals in a zoo.

Maybe he should spend less time being inflammatory and more time seeming innocent.

UPDATE: This article originally claimed Donald Trump Jr. deleted the post from Instagram, it's been corrected to reflect that it was part of an Instagram story.

President Donald Trump's impeachment trial began in earnest in the Senate on Tuesday.

Things are heating up in the Senate as the long-awaited Senate trial in the impeachment of President Donald Trump is set to begin on Tuesday.

Senate Majority Leader Mitch McConnell will officially propose a resolution that will set the rules for the trial. He released the proposed rules Monday afternoon.

To commemorate the life and legacy of civil rights icon Dr. Martin Luther King Jr. on the holiday named after him, many lawmakers participated by volunteering in their communities as a day of service.

President Donald Trump was not one of those people.

The President, who leaves for the World Economic Forum in Davos on Monday night, has no public plans to commemorate Martin Luther King Day, prompting reporters to ask Kellyanne how he intended to celebrate.

The long-awaited tenth season of HBO's Curb Your Enthusiasm premiered this week, and the show's creator Larry David wasted no time in skewering current events.

President Donald Trump's reaction to white supremacists and neo-Nazis in the aftermath of the Charlottesville riots hasn't been forgotten, even two years later.

The President infamously asserted that there were "very fine people on both sides" at the Unite the Right rally, where white supremacists protested the removal of a confederate statue. The ensuing violence resulted in the murder of counter-protestor Heather Heyer.