Democrats Just Unveiled the First Major Reform Package They'll Introduce in the House, and Yep, They're Going After Trump's Taxes 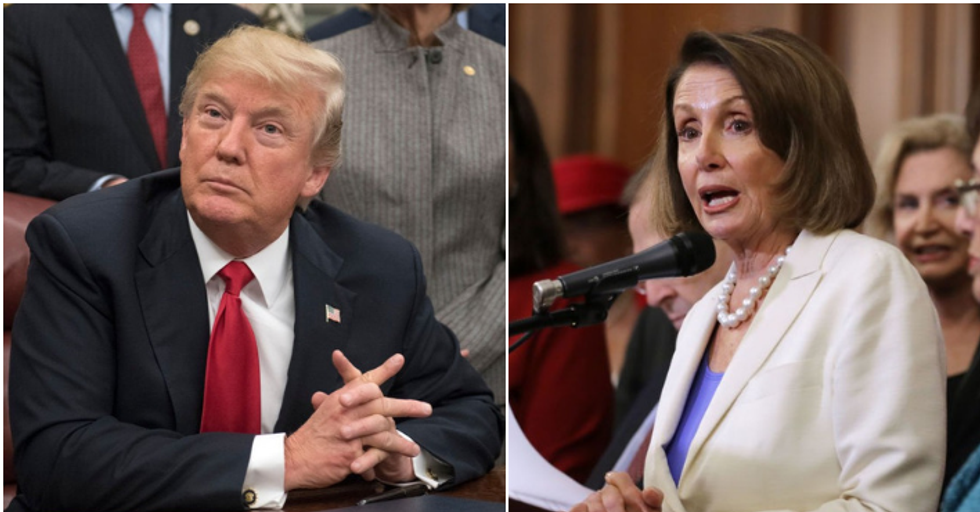 Many view it as a first salvo aimed at President Donald Trump by a House of Representatives led by newly elected Speaker Nancy Pelosi of California.

@realDonaldTrump said he would release his tax return when he was elected president. Never did. #liar
— Chris Doppler (@Chris Doppler) 1546634870.0

The legislation will go through various committees before going to the House floor for a vote. However Dems hope to complete that step by early this year.

If passed as written, incumbent Presidents, Vice Presidents as well as candidates for those offices would have to release 10 years of tax returns. Whether those returns would be made public or simply go to an oversight committee for review is unclear.

The legislation is not the only effort to review and gain a full financial disclosure from the President however.

Trump is likely to try to block the effort in court as he has all current litigation against him.

So if the option to review the President's tax returns exists under current federal law, why has it not happened before now?

Committee chairs are always members of the majority party. Since Trump took office in 2016, Republicans chaired all committees that had access to the President's tax returns.

Lending a note of hypocrisy to past GOP calls for Trump's tax returns to be released.

Other components of the new legislation address issues that arose during the Trump transition and inauguration. Concerns about the operations of the Trump inaugural committee, which raised tens of millions of dollars that remain unaccounted for, and Trump's transition team, of which several members resigned or were fired and currently face federal charges or are under investigation.

Another feature of the House legislation is expanded voter registration, improved access to voting options and tightened election security. Improved disclosure of political donors and reduced influence from deep pockets on the political process is another goal.

"I have a feeling the 2020 election is going to have a historic turnout for voting, and if we’re not ready for that we could end up with a train wreck. This is a set of prescriptions to make sure every election that comes down the pike is handled in a respectful way."

But Senate Majority Leader, Republican Mitch McConnell already declared the bill D.O.A. when it reaches the Senate. McConnell is often criticized for those who fill his own political coffers.

Sarbanes responded to McConnell's edict though.

"You could stamp on this thing, ‘McConnell rejected,’ and it would immediately give it more credibility. If he wants to ultimately stand with his arms folded between the American people and their democracy, then he should go right ahead, but I think he’s going to get knocked over by where the sentiment of the country is right now."

Other features of the bill include:

This is an incredibly ambitious bill with much needed reforms to bandage (note: not 'fix") a broken election system… https://t.co/TfPlRfofgB
— G. Elliott Morris (@G. Elliott Morris) 1546621592.0

An exact timeline for the legislation is undetermined for now.