Disney Heir Calls Out Republicans for Their Lies About Donald Trump's Tax Plan, Reveals What the Wealthy Really Spent Their Tax Cuts On

Her frustration is palpable. 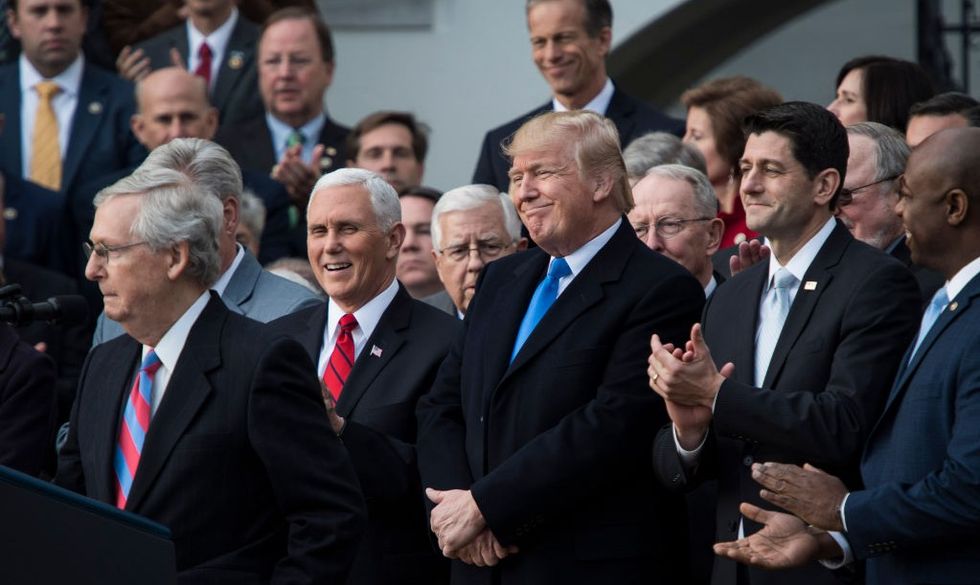 Disney said people should not believe what the Trump administration or GOP say happened with the tax cuts they received. Disney begins her video stating:

She then clarifies that her forefathers did create the House of Mouse and shares a "Disney secret" as is her tradition for her videos. But then she makes clear her message is more important than a Disney behind the scenes peek. Disney states:

"...we in the 1% got a great Christmas present last year. I don't know if you remember, it was called a very big tax break."

"I didn't need it, but the Republicans gave it to me anyway. And I hear if the Republicans do well in these midterms, they want to give me another one; an even bigger one, in fact."

Disney then adds that many of the rich who received the tax cuts, were not sure what to do with them. So they bought superyachts. Which is a really big yacht. Disney continues:

"So anyway, 1%-ers are doing better than they ever have been doing and guess what? You are paying for all of it."

"Remember when Republicans promised if you gave 1%-ers a tax cut, employers would increase your salary and hire more people and the economy would boom and there'd be rainbows and ponies and everything would be awesome?"

"In fact, Republicans have made that promise a bunch of times and I'm beginning to wonder when we're gonna stop falling for that one."

Disney then outlined what promises were made to taxpayers in more detail.

According to statements from GOP leaders, the plan for the 2018 November midterms involved campaigning on the merits of the Trump tax cuts. But polls showed their pet project earned the nickname "GOP tax scam" from a majority of voters.

So a necessary strategy shift spawned the new Republican and Trump rallying cry painting the Democrats as an angry violent mob that victimized Brett Kavanaugh and the GOP. But Disney says not to fall for it.

The election is not about Dr. Christine Blasey Ford and Brett Kavanaugh. The Trump administration and Republican goal is more tax cuts for the richest and fewer services for the poorest.

And shared their own feelings about the GOP tax cuts.

@nowthisnews I don't know how much more plainly this message can be put so that average American Republicans will s… https://t.co/UzvLn06hbe
— Nisa Nite (@Nisa Nite) 1539370278.0

The GOP tax plan dropped corporate taxes permanently to 21 percent from 35 percent. It temporarily reduced individual tax rates, doubled standard deduction, eliminated or capped some itemized deductions and created a special tax break for “pass-through businesses” until the end of 2025.

Meanwhile, due to reductions in itemized deductions, some middle and working class taxpayers may pay more in taxes. And some voters will remember who voted for the bill dubbed the #GOPTaxScam while at the polls in November.