Even in deep red Texas. 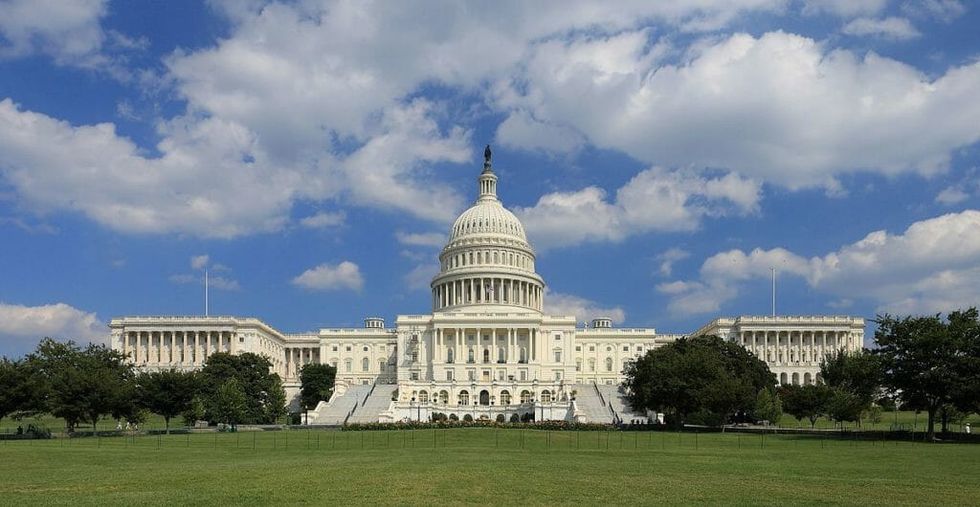 Doug Jones's historic senate win in Alabama last year sent a message through red states: If Democrats could win in Alabama, perhaps they stood a chance in other Republican strongholds.

Democrats in Texas, a state that has long been seen as one of the reddest of red states, hope that proves true in November. Republicans currently hold both Senate seats and 25 of the 36 seats in the House of Representatives. The 11 seats held by Texas Democrats cluster around major cities like San Antonio and Houston. But this year, they hope to eat into that advantage.

According to the Texas Secretary of State’s office, a Democratic candidate will be on the ballot in all of Texas’ 36 congressional races for the first time in 25 years.

In previous years, Texas Democrats didn't even field a candidate in every district for Texas' share of the House of Representatives. This year, they are decidedly breaking that trend.

The number of Democratic candidates registered 11 months before the November elections points to a new drive to win among left leaning voters. A total of 111 Democratic candidates have registered to run for Congress in Texas' 36 districts this year. Compare that to 2006 when just 39 did in 31 of Texas's congressional districts. Nationwide, Democrats gained 31 seats in the 2006 wave--the last time the party flipped the House from red to blue. This year, Democrats need to win just 24 seats to win back the House majority.

Cole Leiter, a press secretary for the Democratic Congressional Campaign Committee focused on Texas and races across the South this cycle, said:

We’re still a long way off from Election Day, but running authentic, grassroots campaigns in every single district in Texas is how we finally give all Texans a real choice next November.”

Former Texas State Senator Wendy Davis, who ran for governor in 2014, and other Democrats came up short in their attempts to flip Texas at the state and federal level. But 2018 midterms could prove different. And that includes Texas Democrats' hopes to oust Ted Cruz from his U.S. Senate seat.

In fact, Texas Democratic Representative Beto O’Rourke, who is challenging Cruz for his seat in November, sent an e-mail to supporters the day after Alabama's senate election upset with "Next stop, Texas 2018" in the subject line

We are doing everything in our power to make certain there is no path back to the Senate for Cruz. That starts with… https://t.co/3LslQejWhT
— George Edward (@George Edward) 1516976564.0

Democrats responded to Donald Trump and Republican's rollbacks and attacks on President Barack Obama's policies in 2017 with high-profile senate and gubernatorial victories in Alabama and Virginia. Other historic wins in state and local races spurred liberal activists and candidates to challenge the GOP in contests they once assumed they couldn't win.

So now that they're on the ballot and have a motivated base, Texas Democrats are turning their focus to voter participation:

If a new poll is any indication, O'Rourke is now in striking distance of Cruz, just 8 points down, which in Texas, counts as a close race. And that likely means many of these new House candidates are in reach as well.