A Republican Senator Attacked New York's Economy in an Op-Ed and Gov. Andrew Cuomo Just Clapped Back With the Sickest Burn 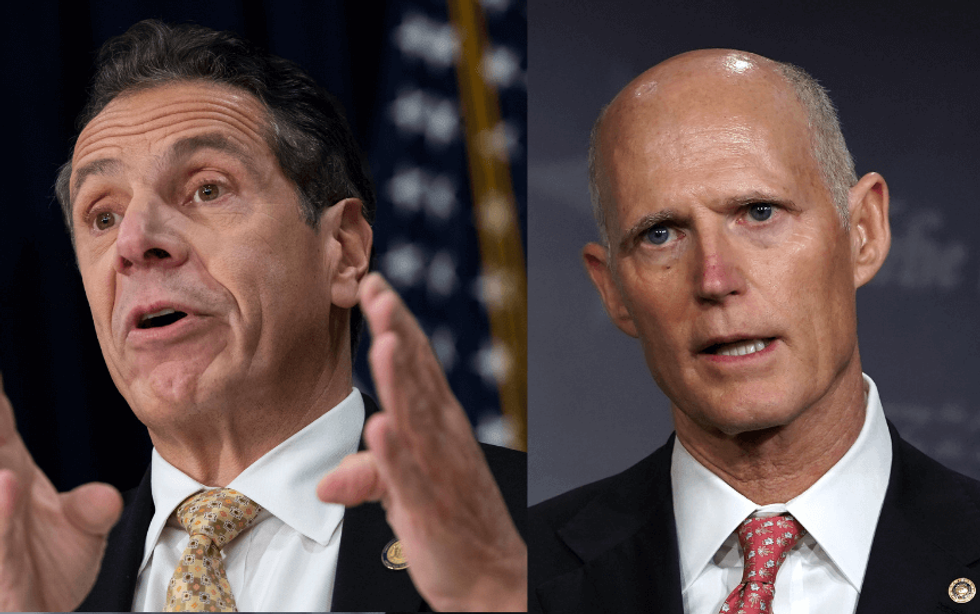 Republican Senator from Florida Rick Scott penned an op-ed for the Wall Street Journal in March, criticizing New York for its high taxes and claiming that residents were fleeing Governor Andrew Cuomo's state because of his economic policies.

Scott went on to say "If you cut taxes and make state and local government efficient, maybe you can compete with Florida again."

"New York doesn’t add to Florida’s bills. We pay them."

Cuomo responded with his own op-ed, scathingly titled Florida Gets Welfare From New York.

"If Sen. Scott wants to return to New York the $36 billion that we give to Florida every year, I’ll end my campaign to reinstate SALT deductibility."

Talk about putting the SALT in salty.

State and local tax (SALT) deductions allow taxpayers in states with high local tax to deduct those tax payments on their federal returns. Trump made a change to the policy under his Tax Cuts and Jobs Act, instituting a cap of $10,000 on total SALT deductions.

"This represents a tax increase of more than $600 billion nationally," Cuomo wrote, "with dire implications for New York."

"What they did was increased our taxes and they subsidized Florida with our taxes," Cuomo said on public radio's The Capitol Pressroom. "That's not rhetoric. That's a fact."

Scott has yet to respond to Cuomo, but doesn't look like the two are going to end their grudge match any time soon.