He told us why. 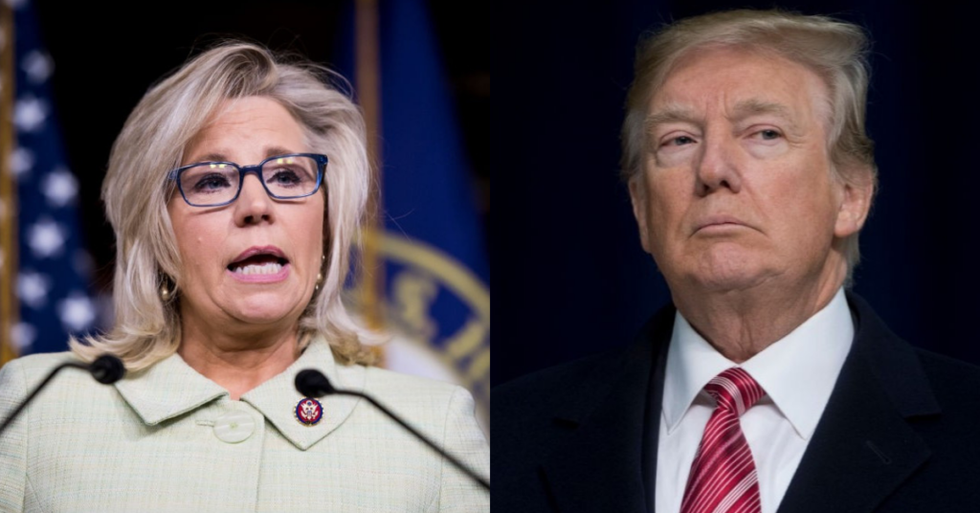 On Wednesday, Republican Representative Liz Cheney of Wyoming joined other supporters of President Donald Trump—like Pat Robertson and Senator Lindsey Graham—to do something almost unheard of: criticize the President.

The reason for their disagreement with Trump was his decision to pull out of Syria and allow Turkey to invade the country, targeting the United States' allies in the region, the Kurds.

"News from Syria is sickening. Turkish troops preparing to invade Syria from the north, Russian-backed forces from the south, ISIS fighters attacking Raqqa."

But others found Trump's motives very easy to understand and shared them with Cheney.

@Liz_Cheney @realDonaldTrump Its actually not that hard to understand, he doesn’t care about anything, but himself.… https://t.co/1mo9GiCzmE
— Jennifer Haake 🏒 (@Jennifer Haake 🏒) 1570688656.0

@Liz_Cheney @realDonaldTrump Actually easy to understand why Putin’s puppet would do it. Open your eyes.
— Mom account (@Mom account) 1570628292.0

In 2015, candidate Trump told an interviewer about his conflict of interest with Turkey. At the time he praised Turkish President Recep Tayyip Erdoğan as strong—a term Trump often uses to describe Russian President Vladimir Putin.

Others had only a harsh condemnation for Cheney and the GOP for enabling Trump.

@Liz_Cheney @realDonaldTrump You're trying to have it both ways, Cheney. The decision-making skills Trump used to a… https://t.co/PIbXl5Tl2U
— JohnRJohnson (@JohnRJohnson) 1570643366.0

Still others provided a cautionary tale from history for those putting Trump before party, Constitution or country.

The Turkish invasion of Syria began as soon as President Trump gave the go-ahead. Sources in Syria already report heavy casualties among the Kurdish people.

An #SDF official just told me that a number of civilians, including this woman, were killed in a #Turkish artillery… https://t.co/YvxceXqAxn
— Sirwan Kajjo (@Sirwan Kajjo) 1570645370.0

To learn more about the Kurdish people the book The Battle for the Mountain of the Kurds: Self-Determination and Ethnic Cleansing in the Afrin Region of Rojava is available here.