After "Bizarre" and "Pointless" Briefings, Is Spicer Out? 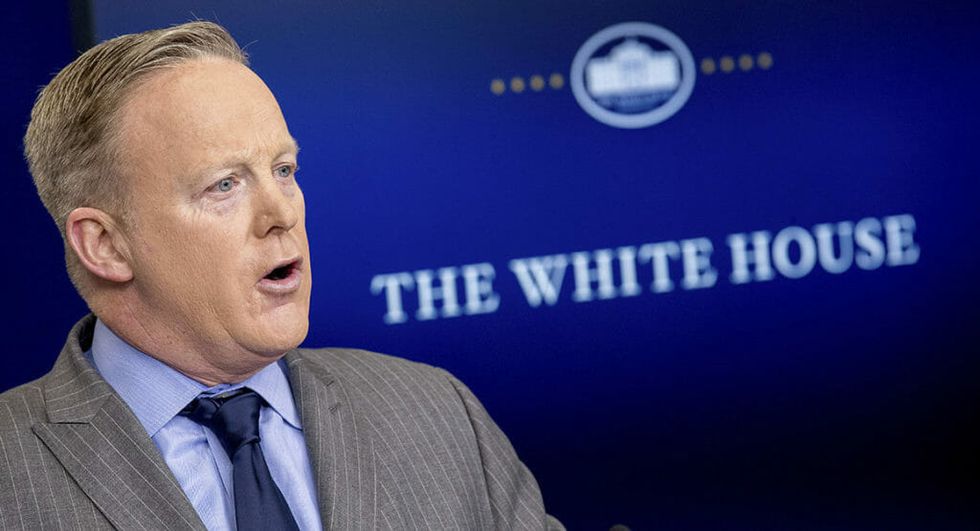 At off camera no audio briefing, Spicer took a question from a Russian reporter but not from CNN. #pravda
— Jim Acosta (@Jim Acosta) 1497896005.0

Make no mistake about what we are all witnessing. This is a WH that is stonewalling the news media. Hiding behind no camera/no audio gaggles
— Jim Acosta (@Jim Acosta) 1497896224.0

There is a suppression of information going on at this WH that would not be tolerated at a city council mtg or press conf with a state gov.
— Jim Acosta (@Jim Acosta) 1497896356.0

Call me old fashioned but I think the White House of the United States of America should have the backbone to answer questions on camera.
— Jim Acosta (@Jim Acosta) 1497896412.0

The White House press secretary is getting to a point where he’s just kind of useless,” Acosta said after the briefing, noting that Spicer conducted the last on-camera briefing last Monday. “If they’re getting to this point where he’s not going to answer questions or go on camera or have audio, why are we even having these briefings or gaggles in the first place?”

Spicer himself provided conflicting explanations when asked by several reporters, including Time's Zeke Miller, “why our friends in radio and television can’t use this live.”

“There are days where we decide that the president’s voice should be the one who speaks for the administration,” Spicer responded. He acknowledged that President Donald Trump had spoken earlier that day at a photo opportunity with Juan Carlos Varela, the president of Panama. When another reporter told Spicer to "please ask the president to be ever so kind and step up here and answer some questions" on days no cameras or audio recording devices are permitted, Spicer said, "I’ll be sure to share your sentiments with the president."

Although the White House has made no official announcement, a senior White House official and three people familiar with the potential changes confirmed Spicer has discussed taking a more behind-the-scenes role overseeing the administration's communication strategy.

“Spicer should be elevated and if he’s not, I would not blame him for leaving,” said the White House official. “The president owes him this much for all he’s done for him. Sean is indispensable and I think the president knows that.”

“We have sought input from many people as we look to expand our communications operation,” Sanders said. “As he did in the beginning, Sean Spicer is managing both the communications and press office.”