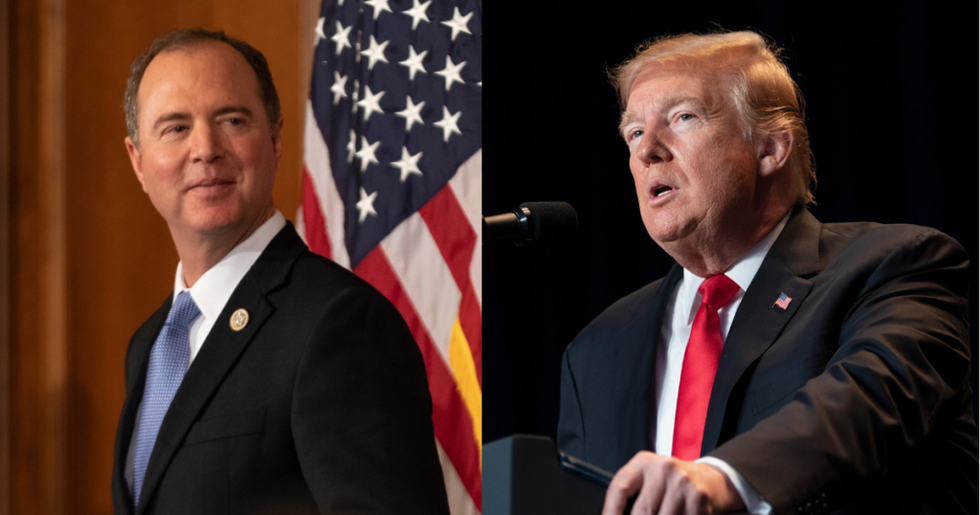 House Intelligence Committee Chairman Adam Schiff (D-CA) announced on Wednesday that it will conduct a wide-ranging investigation into Russian election interference and whether those efforts have been helped by actors within the United States.

Schiff told reporters the investigation will "allow us to investigate any credible allegation that financial interests or other interests are driving decision-making of the President or anyone in the administration." Schiff added that the probe's scope "pertains to any credible allegations of leverage by the Russians or the Saudis or anyone else."

In a statement, Schiff explained that additional committees may be formed to ensure a thorough investigation and that legislation to protect American elections from future hacks and sabotage will be proposed.

Specifically, the probe will delve into five major areas, per Schiff's statement:

The Committee voted on Wednesday to share testimony from Trump campaign associates with Special Counsel Robert Mueller, whose own investigation into Trump and Russia is rumored to be nearing its climax.

“As Chairman of the Committee, I am committed to leading a thorough and impartial investigation that will follow the facts, and I hope that our Minority counterparts will join us in that effort," Schiff said. "Congress has a duty to expose foreign interference, hold Russia to account, ensure that U.S. officials – including the President – are serving the national interest and, if not, are held accountable.”

Reacting to the news, Trump on Wednesday said Schiff has "no basis to do that." Schiff is "just a political hack trying to build a name for himself," Trump said, adding that these latest legal challenges constitute "presidential harassment."

On Thursday morning, the president insisted on Twitter that there was "no collusion" and repeated that Schiff "looking at every aspect of my life" is "unlimited presidential harassment."

So now Congressman Adam Schiff announces, after having found zero Russian Collusion, that he is going to be looking… https://t.co/xwGh0o6S4X
— Donald J. Trump (@Donald J. Trump) 1549538014.0

"The Dems and their committees are going 'nuts,'" Trump whined. "The Republicans never did this to President Obama, there would be no time left to run government. I hear other committee heads will do the same thing. Even stealing people who work at White House! A continuation of Witch Hunt!"

"PRESIDENTIAL HARASSMENT!" Trump tweeted a few minutes later. "It should never be allowed to happen again!"

Republicans never did this to Obama? Really? Trump started the racist birther movement against his predecessor, while Republicans in Congress did everything possible to sabotage his presidency.

@realDonaldTrump tRump, a man accused by innumerable women of sexual harassment and violence including a woman who… https://t.co/rHW8k6CMT5
— Jeffrey Guterman (@Jeffrey Guterman) 1549538316.0

He probably should be.

Nobody is above the law.

@realDonaldTrump NO ONE IS ABOVE THE LAW! It should never be allowed to happen again!
— Jennifer Taub (@Jennifer Taub) 1549544212.0

@realDonaldTrump OBSTRUCTION OF JUSTICE! It should never be allowed to happen again!
— William LeGate (@William LeGate) 1549543906.0