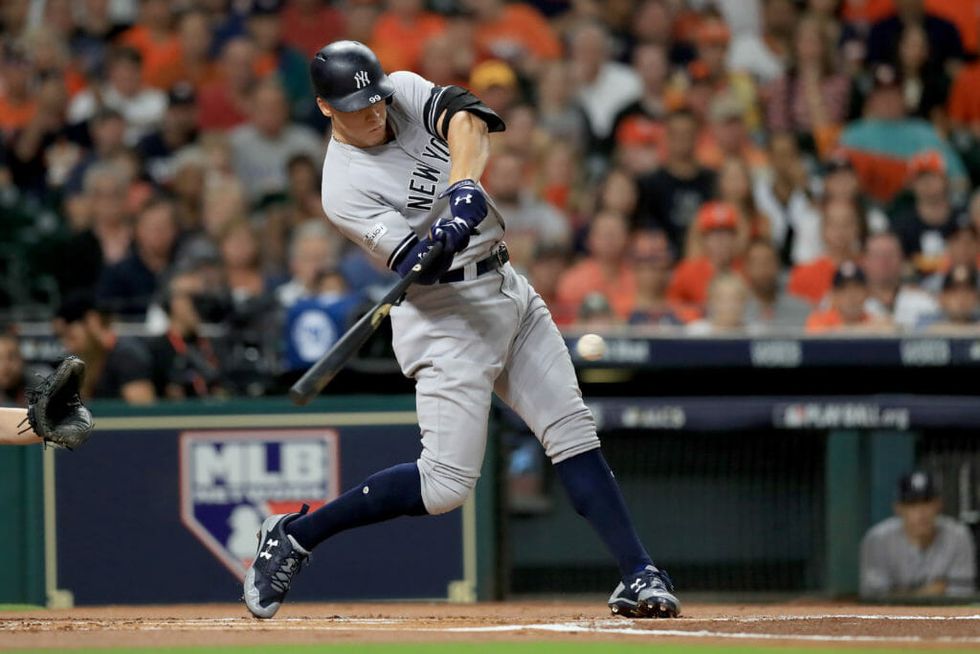 On Monday night, the winners of BBWAA's 2017 Rookie of the Year Awards were announced. Outfielder Aaron Judge and first baseman Cody Bellinger took home the awards in the AL and NL, respectively. Spectacularly, both rookies won their hardware unanimously.

Judge's 2017 season was something unlike baseball has ever seen before. The Yankees' rookie came out swinging; he smashed 10 homers during the month of April and seemed unstoppable through the season's first half. New York fans quickly warmed to the prolific power hitter, adopting an "All Rise" mantra for him. Judge earned the most All-Star votes in the AL. He then put an exclamation point on his first half performance by winning the Home Run Derby.

Things didn't go quite the same way in the second half. Judge went into a crushing slump, ultimately setting an MLB record by striking out in 37 consecutive games. However, the rookie eventually recovered and finished the season strong by blasting 15 homers in the month of September. All told, Judge led the entire American League in homers (52, also an AL Rookie record), walks (127), runs (128), and Fangraphs' Wins Above Replacement (8.2). Judge is also a finalist for the American League's Most Valuable Player Award.

The Dodgers didn't even promote Bellinger until April 25th, making his Rookie of the Year victory that much more impressive. The former fourth-round pick came up to replace the injured Adrian Gonzalez at first base. From that point on, he absolutely lit up National League pitching. Like Judge, Bellinger set a rookie record in homers for his respective league with 39. Ultimately he put up a torrid .267/.352/.581 batting line for the Dodgers, helping lead them to a fifth consecutive NL West title.

Bellinger supplied the Dodgers with plus defense at first base, while accumulating 5 Defensive Runs Saved throughout the 366 innings he played in the outfield. He provided the Dodgers with 4.0 Wins Above Replacement, according to Fangraphs.