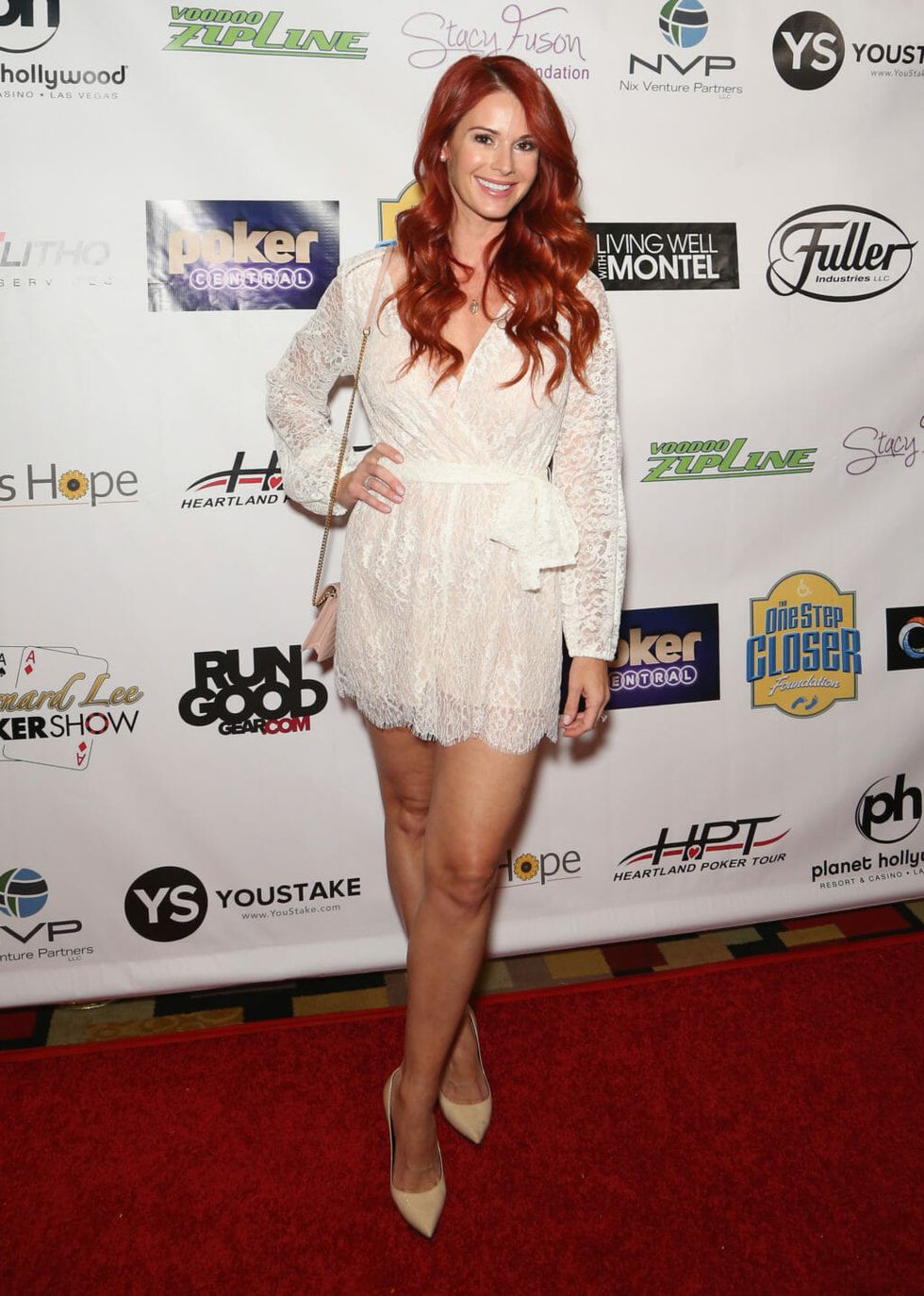 Evan Longoria is newest member of the San Francisco Giants. Following a decade with the Tampa Bay Rays, "Longo" was traded to the Giants; they'll get three minor-league players including Christian Arroyo, San Francisco's best prospect. The third baseman has multiple Gold Glove awards and a trio of All-Star appearances as well. He'll try to help the Giants take down the Dodgers, who have won the NL West Pennant four years in a row.

He won't be coming to the bay area alone, however. Longoria will bring with him Jamie Faith Edmondson, his wife since 2016. If you're a Giants fan looking to learn more about her, you've come to the right place. Here are five fast facts you should know.

Jamie is perhaps best known for being a Playboy playmate. Back in 2010, she was named Miss January by the famous gentleman's magazine. The publication described her as a "sexy southern belle". You can still view some of her hottest photos on Playboy's web site.

2. She Began Her Career as a Police Officer

After getting her degree in criminology at Florida Atlantic University, Jamie began her career as a police officer. She served on the force for two years in Boca Raton, Florida from 2002-2004. Her area of specialty? Nighttime security.

3. She Was a Miami Dolphins Cheerleader

In a huge career move, the knockout redhead quit the force to become a cheerleader in 2004. She traveled with the team for six years.

4. She Was On The Amazing Race

In 2009, Jamie appeared on the hit TV show, The Amazing Race, during its 14th season. Her partner was fellow Dolphins cheerleader Cara Rosenthal. The two finished second in the competition, and were invited back four years later. During their second run on the show, they didn't make it past the first few episodes.

5. She's Been in a Music Video

In her music video debut, Jamie played across from Trace Adkins. The video was for his single, "This Ain't No Love Song." Some of her work in the video includes playing around underneath bed sheets and blowing bubbles in a bathtub.