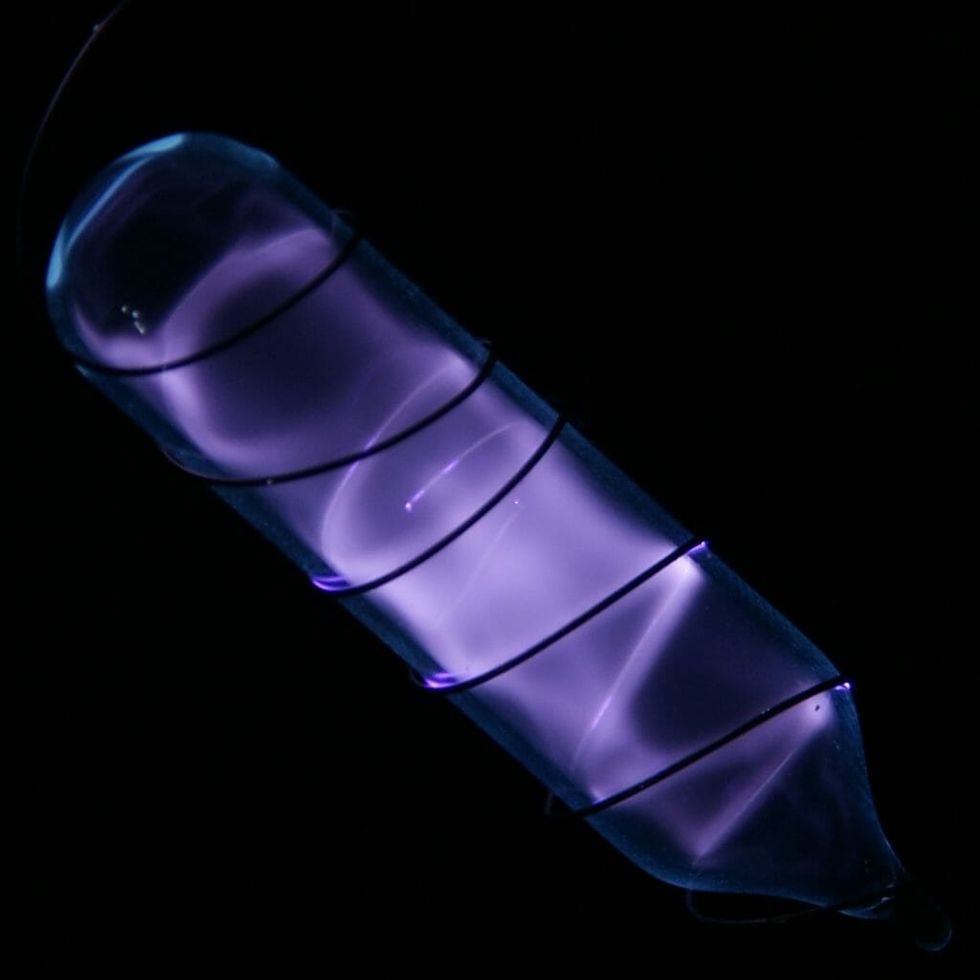 A team of Harvard University scientists claim to have turned the lightest element – hydrogen – from gas to a metal, in what can only be considered “modern-day alchemy,” as reported in the journal Science. They claim this new solid - the rarest, and possibly most valuable material in the planet - could revolutionize technology in the future.

“This is the holy grail of high-pressure physics,” said Professor Isaac Silvera, who worked with Dr. Ranga Dias on this breakthrough.

The tiny speck of metal was created by freezing hydrogen gas to 15 Kelvin, roughly -433 degrees Fahrenheit. They then loaded this freezing gas between two flattened diamonds and slowly began to squeeze it, increasing the pressure gradually until it exceeded the amount found at the earth’s center. As the pressure increased, the researchers noticed the gas that was squashed in this diamond vise had turned lustrous – signaling the presence of something metallic.

Metallic hydrogen is a material researchers have been attempting to manufacture for decades because of its “superconductive” properties.  Typically, electricity traveling through a circuit loses its energy to resistance overtime – which is why it can be difficult to send electrical currents over long distances (like over a large power grid). A superconductor, however, could conduct electricity with no resistance, losing almost no energy. A hydrogen metal could dramatically reduce the costs of transferring electrical currents, meaning more powerful and efficient electric motors, electrical grids and computers.

There are other benefits. Currently, other superconductive metals are used to make high-powered electronic devices ranging from hospital MRI machines to particle accelerators. However, these devices need to be cooled to low temperatures to work properly, typically using liquid helium - a costly and limited resource.

The Harvard scientists are thinking that metallic hydrogen material could be “metastable,” meaning that it could maintain its superconductive nature under room temperatures and pressures, without needing the deep freeze.

However, some experts have expressed their doubts about Silvera’s experiment. Because the metallic hydrogen is still tightly crushed between two pieces of the diamond anvil, the scientists ultimate results are still in limbo. Others have said that it is far too early to celebrate this finding.

The Harvard team, however, is confident in their results. “It's a tremendous achievement, and even if it only exists [...] at high pressure, it's a very fundamental and transformative discovery,” said Silvera.

Within the next few weeks, they expect to pry the two anvils apart - and hopefully retrieve the speck of metallic hydrogen trapped inside. Silvera and his team are hoping that the hydrogen will stay in this metallic state once they take the pressure off.