Does Hanukkah Have Pagan Origins? History & Origins of the Jewish Holiday 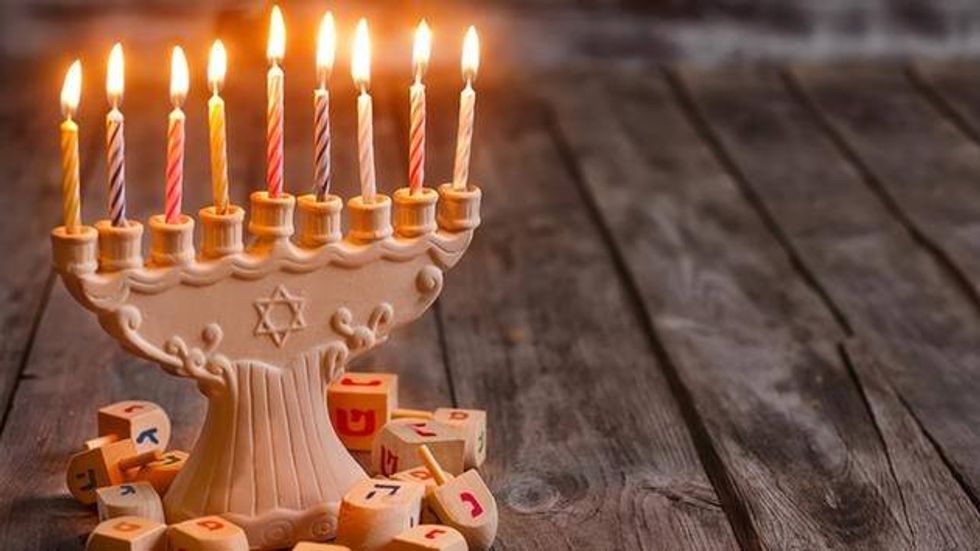 December 12th marks the start of Hanukkah. The annual festival of lights is a time when Jewish families light their menorahs and spend time with their families as they commemorate the miraculous dedication of the Second Temple in Jerusalem. During the holiday, families exchange gifts, receive chocolate gelt and eat traditional foods (such as latkes).

However, many religions have reason to celebrate in December. This is also the time of the Winter Solstice or the darkest days of the calendar year. Because of this, many people believe that Hanukkah origins are rooted in this pagan celebration. According to My Jewish Learning, "Jews may have been capturing a pagan solstice festival that had won wide support among partially [paganized] Jews, in order to make it a day of God’s victory over paganism. Even the lighting of candles for Hanukkah fits the context of the surrounding torchlight honors for the sun.'"

Here's what you need to know about Hanukkah's pagan history:

Hanukkah history begins in the second century B.C. when ruler Antiochus IV tried to unite his kingdom by introducing new traditions, such as idol worship, into the Jewish faith. A more devout group of Jews, led by Judah Maccabee, wanted to keep older customs alive. They led an armed rebellion and took the temple in Jerusalem back by force. This led to violent skirmishes which drove the Syrians from Jerusalem.

To celebrate the rededication of the Second Temple, the Maccabees lit a menorah, which was a special candelabra with seven branches created to symbolize knowledge in the temple. While there was only enough oil to keep the menorah lit for one night, it burned for eight nights. Because of this miracle,  Jewish families remember this event during their Hanukkah celebrations.

According to Hanukkah history, this holiday is always held during the darkest days of the year. This means that the festival of lights is always held during the longest evenings of the year. The winter solstice was a time when pagan religions could celebrate the rebirth of the sun god. However, commemorating Hanukkah during this time also allowed Judaism to reclaim this pagan tradition for a religious celebration.

Until the 20th century, Hanukkah wasn't a major Jewish celebration. Only when Christmas celebrations became a major part of the calendar year was Hanukkah's pagan history embraced. By elevating the status of Hanukkah, Jews are able to celebrate their faith during a time when other faith traditions are celebrating as well.