Lent 2018: The Most Popular Things to Give Up for Lent 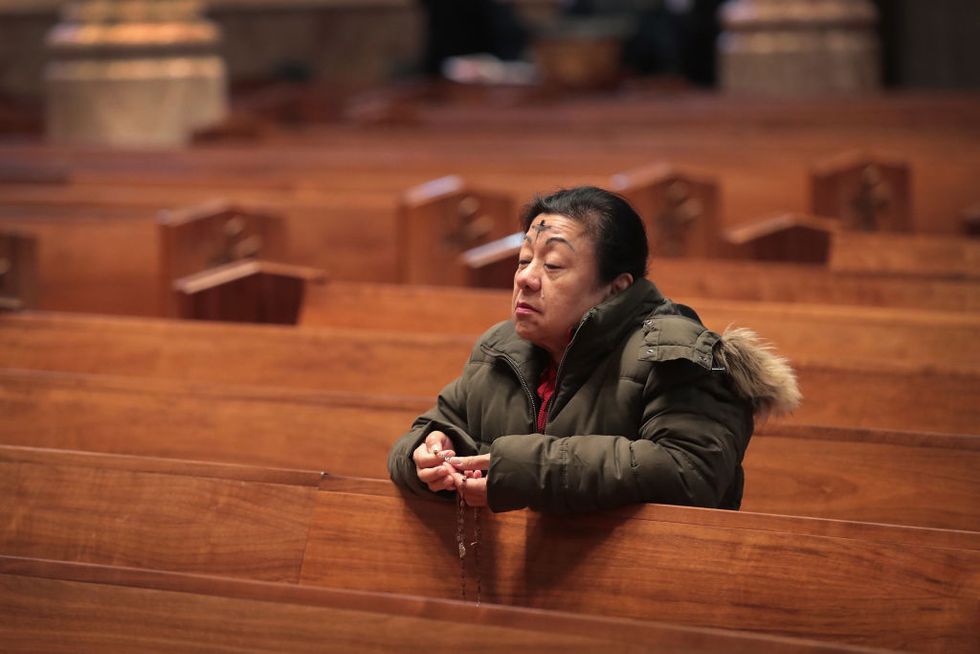 Catholics celebrate Ash Wednesday during a mass at Holy Name Cathedral on March 1, 2017 in Chicago, Illinois. Ash Wednesday, which occurs 46 days before Easter, marks the first day of Lent and the beginning of a fast for many Christian religions. (Photo by Scott Olson/Getty Images)

The first day of Lent begins tomorrow, which is otherwise known as Ash Wednesday. On this day, practicing Christians begin 40 days of prayer and fasting leading up to Easter. This year is the first time since 1945 that Ash Wednesday falls on Valentine’s day, which makes it all the more difficult to start giving up chocolate. But chocolate seems obvious -- what other things are popular to give up for Lent?

According to The Independent, social media is one of the most popular things to give up, along with sweets, alcohol, and coffee.

According to The International Business Times, openbible.net tracks Twitter users who post about what they’re giving up for Lent and compiles the data into lists. Coffee, chocolate, and alcohol typically make the list each year. However, there are some surprises depending on cultural trends. Twerking made the list in 2013, but disappeared from the list in 2014. A quirky and steady trend seems to be giving up “you,” which made the list through 2016.

Last year, Donald Trump made the list at number 22, according to the data pulled via Twitter and Christianity Today. There were a total of 1,002 tweets mentioning Trump, President, and POTUS, which would have landed Mr. 45 at number 10, according to the openbible blogger.

Writing a Twitter post is one thing, but what do people actually give up for Lent? In an interesting research conducted by LifeWay in 2016, as reported by Christianity Today, the things people give up for Lent are linked to location and cultural background. For example, they found that Hispanic Americans (34%) are more likely to give up a favorite activity than white Americans (17%). Giving up a favorite food or beverage is more common out West (62%) than in the Northeast (42%). LifeWay explains their how they got these statistics on the Christianity Today website.

Mirror, a UK-based publication, posted an article about how Lent will actually save you money. Think about it: if you order a chai latte from Starbucks every day, you could be saving roughly $35 a week by giving it up. That's some pretty good motivation to add a few things to your list.