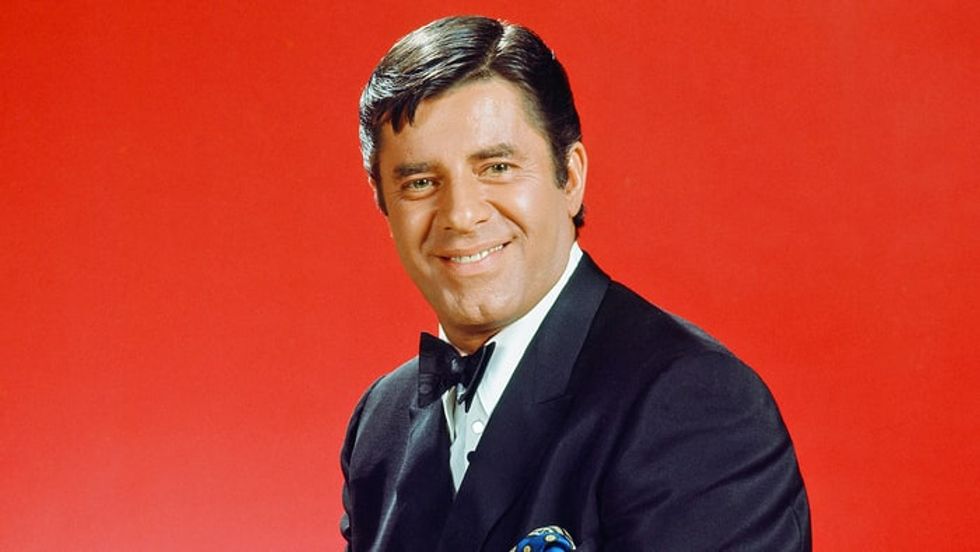 Hollywood paid tribute to legendary comedian and filmmaker Jerry Lewis after his publicist confirmed he'd passed away at his home in Las Vegas at the age of 91.

Actor Robert De Niro, who worked with Lewis on 1982's The King of Comedy, praised him as a trailblazer in a statement released to the press. "Jerry was a pioneer in comedy and film. And he was a friend. I was fortunate to have seen him a few times over the past couple of years," DeNiro wrote. "Even at 91, he didn't miss a beat... Or a punchline. You'll be missed."

We have lost a great comedian and even greater heart. Thank you for the laughs and the feels, Jerry Lewis. https://t.co/vdYCfd7atJ
— George Takei (@George Takei) 1503251555.0

As did singer and actress Bette Midler...

That fool was no dummy. Jerry Lewis was an undeniable genius an unfathomable blessing, comedy's absolute! I am beca… https://t.co/dtERXbMqdo
— Jim Carrey (@Jim Carrey) 1503255821.0

The Muscular Dystrophy Association issued a statement commemorating Lewis's efforts; as a spokesman for the organization, Lewis raised $1.5 billion for charity between 1966 and 2010.

“The Muscular Dystrophy Association is deeply saddened by the death of beloved comedian, performer, humanitarian and former MDA telethon star and national chairman Jerry Lewis," read the statement from MDA Chairman of the Board R. Rodney Howell. "MDA would not be the organization it is today if it were not for Jerry’s tireless efforts on behalf of 'his kids.' His enthusiasm for finding cures for neuromuscular disease was matched only by his unyielding commitment to see the fight through to the end."

"Jerry Lewis kept us all laughing for over half a century, and his incredible charity work touched the lives of millions," Sanders said in a statement. "Jerry lived the American Dream — he truly loved his country, and his country loved him back.  Our thoughts are with his family today as we remember the extraordinary life of one of our greatest entertainers and humanitarians."

Lewis was less of a role model to female comedians, who've not forgotten his now infamous comments in 1998 that he didn’t like any female comedians, not even Lucille Ball, because he thought of women as “a producing machine that brings babies into the world."