Abandoned in the Isles: The Growing Refugee Crisis in Greece 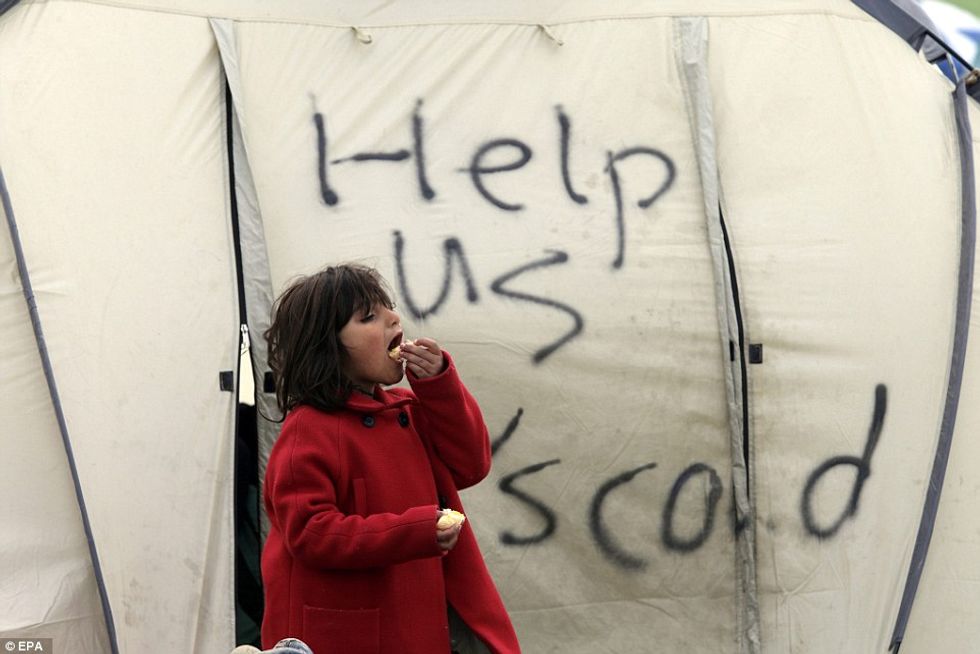 Syrian refugees have been banned by Executive Order from entering the United States, and the European Union member states remain divided over who will shoulder the burden of the refugees amassing along their borders. Every month, hundreds of thousands of refugees flee the violence and atrocities in their Middle East homelands. But the images of crowded, small boats and drowned children have not motivated Brussels-based bureaucrats to do more to help their plight. Most European governments seem reluctant to cooperate effectively with one another, let alone establish plans on how to absorb these people into their territories.

In the EU, due largely to proximity and a flurry of border closures in the Balkans, Greece receives the highest number of refugees, originating primarily from the Syrian war zone. But those lucky enough to cross the Aegean Sea from Turkey and reach the shores of Lesbos and other Greek islands face circumstances far different from what they had imagined. Most are abandoned in makeshift camps, waiting for days or even months for their documents to be processed so that they can seek lawful asylum in Europe.

The camps themselves are squalid, with inhuman conditions where many are infected by disease or die from exposure to freezing winter temperatures. According to the latest report, just days after two other refugees perished at one of the overcrowded camps, a third refugee was killed by toxic fumes while trying to keep warm by a coal burner inside his tent.

Currently, more than 62,000 from conflict-ravaged countries such as Syria, Iraq and Afghanistan remain stranded in the Greek camps, deprived of food, water and adequate shelter. Human Rights Watch described the conditions in some of these camps as “deplorable and volatile.”

Despite many assurances and promises, the Greek government appears to lack the ability and the means to manage this crisis. In fairness, Greece’s European partners, while sharing the goal of treating the refugees with respect, compassion and dignity, lack any common strategy for how to tackle the issue. Yiannis Mouzalas, the Greek minister assigned to manage the refugee crisis, admitted that authorities had been ill-prepared for the effects of the harsh winter weather on the camps. The European Commissioner charged with migrant issues, Dimitris Avramopoulos, called upon Greeks and other Europeans to meet their humanitarian obligations by alleviating the situation on the islands where refugees remain stranded, still unwelcomed by most Western European countries.

According to the media reports, many of these refugees do not even want to stay in Greece. They see the country, beset by its own economic woes, as incapable of providing jobs to help them support their families. Greek unemployment already exceeds 25%, making it difficult even for citizens to secure employment in the depressed labor market. The economic crisis in Greece, devastated by seven consecutive years of austerity, makes it that much harder for the country to devote sufficient resources and humanitarian aid to those in the camps.

The Trump administration's recent decision to discharge the U.S. from any obligation to accept Syrian refugees likely will feed growing anti-immigrant political movements within Europe. The far right may capitalize on this shift in policy, with movements openly hostile to immigrants and refugees gaining additional political ammunition. Trump’s "America First" directive, which puts U.S. national interests before global, humanitarian ones, could further poison the public dialogue in Europe. Under political pressures from the extremist right, European governments are growing increasingly reluctant to open their borders to refugees, lest they risk defeat at the polls in upcoming elections. No matter which way the political winds eventually shift, however, refugees will bear the brunt, to continuing deadly effect.