Does Giancarlo Stanton Have a Girlfriend? 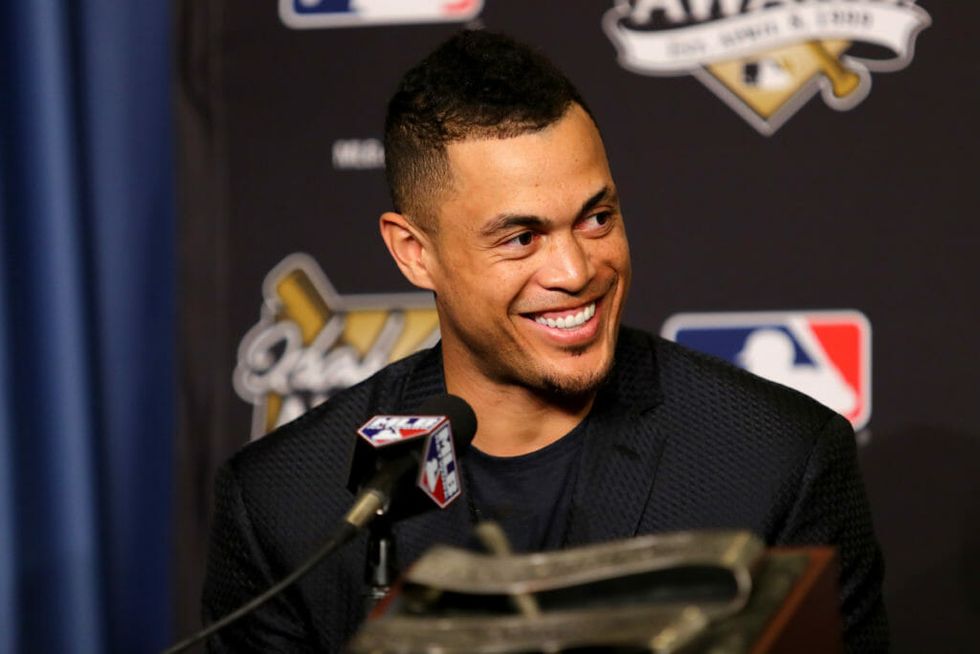 Miami Marlins outfielder Giancarlo Stanton won the National League's prestigious MVP award last month. Among his accolades in 2017 were an MLB-leading 59 home runs, 132 RBI and .631 slugging percentage. He played good defense in right field and was worth a total of 6.9 Wins Above Replacement. According to rumors around baseball, the Marlins are trying to trade Stanton this offseason. Single women all around the country are asking the question: Does Giancarlo Stanton have a girlfriend?

Stanton is just 28 years old and his contract currently guarantees him $295MM over the next ten years. The towering slugger stands at 6'6". But although there have been rumors surrounding his friendship with Portuguese model Sara Sampaio and the chemistry in a music video with Lexy Panterra, the notion that Stanton might have a relationship with either of those women has been largely dispelled. It appears that Stanton is single, at least in the public scope.

It's hard to tell for sure; although his name has dominating the baseball media, Stanton has been able to keep his personal life out of the headlines. The 2017 home run champ has very few recent Instagram posts with women. He hasn't named a sweetheart in any of those posts. Who's Dated Who, a website that specializes in celebrity bios, lists him as single. It's worth noting that his bio on that site lists him as 27 years old; it obviously hasn't been updated recently.

Unless he's working incredibly hard to keep a relationship secret, we can safely assume that Stanton isn't taken. There's been zero indication of any romantic endeavors, no indicative pictures in any tabloids, nothing on the social media front, and no mention of a relationship in any of Stanton's recent interviews. Consider the slugger single as of today's date.