Scientists About To Discover What's Rumbling Beneath the Yellowstone Supervolcano

Scientists are learning more about a vast, underground volcano that lies beneath Yellowstone National Park. 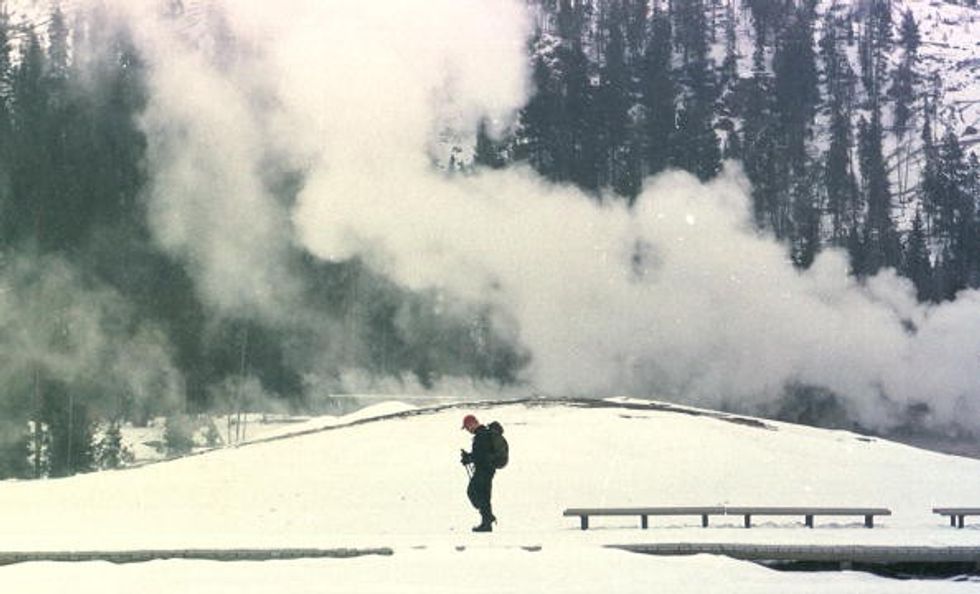 The contiguous United States has not seen a major volcanic eruption since 1980, when Mount St. Helens in Oregon erupted, killing 57 people and blanketing thousands of miles under a cloud of ash. But that could change. Scientists have identified 169 active volcanoes in the country, including ones in Alaska and Hawaii that experience minor eruptions every year. One volcano has captured the interest of scientists and the public alike: a vast, underground area of Wyoming known as the Yellowstone Caldera or the Yellowstone Supervolcano.

Last month, scientists from the US Geological Survey launched a mapping project that involves the use of electromagnetic technology to record the underground hydrothermal features of Yellowstone Park. The study, conducted in collaboration with the University of Wyoming and Aarhus University in Denmark, will enable scientists to map the areas that contain underground areas of water and sulphuric rock. Scientists will evaluate the region using a large electromagnetic device shaped like a ring, suspended from a helicopter.

“This is really kind of a last frontier if you will, in Yellowstone, of being able to look at a large part that’s underground that people that people have not looked at,” said Carol Finn, a scientist working on the mapping project. The project is expected to take at least four weeks. “This survey can visualize the geology and the water down to about 500 meters, so 1500 feet.”

Not every volcano takes the form of a mountain. The Yellowstone Caldera is a volcanic field roughly extending 45 by 34 miles in the northwest corner of the state. It encompasses a vast underground, magma-filled region that is responsible for Yellowstone National Park’s spectacular geothermal features, including the Old Faithful geyser. The scientists hope that by mapping how the heated water flows through underground channels, they will have a greater understanding of hydrothermic activity. Park officials will use this information to keep visitors to the park safe.

The Yellowstone Volcano Observatory closely monitors volcanic, seismic and geothermic activity in the region of the supervolcano. The observatory emphasizes that seismic and volcanic activity cannot be predicted. However, other volcanic events throughout the world have shown that  “warning signs” of imminent activity can be detected for weeks or months in advance of a volcanic event. Modern surveillance instruments measure slow movements that indicate movements in the Earth’s crust.

In 2015, seismologists from the University of Utah identified a 30 mile-wide chamber filled with magma below the park. Some scientists say that an eruption of this chamber could pack a force more than 2,000 times more powerful than Mount St. Helens, devastating the region. However, they also say the likelihood of an eruption is slim — there’s only about a 1 in 700,000 chance of an eruption in a year.

The YVO says the most likely volcanic event we could see at Yellowstone would actually be a hydrothermal explosion or a lava flow, rather than a catastrophic, ash-emitting explosion. However, scientists have found no indication of an imminent eruption of any kind.