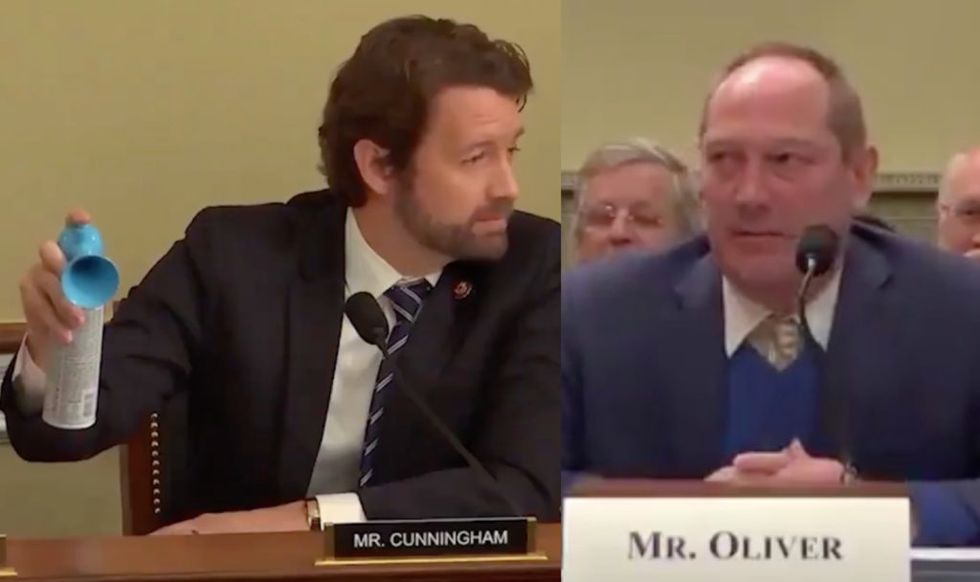 Humankind's treatment of its environment has come to the forefront of the public consciousness. Issues like climate change and environmental exploitation have become a global emergency.

On Friday, one Congressman literally sounded the alarm.

Cunningham used the air horn to demonstrate how maddening and harmful these tests can be.

Cunningham asked Oliver if the noise was disruptive, to which Oliver said it was "Irritating" but not necessarily disruptive. Cunningham continued:

“What about every, say, 10 seconds like seismic air gun blasting goes on for for days, weeks, months?...What if you depended on sound for hunting your food and for communication? Do you think it would be disruptive?”

The Trump administration's environmental policies have been a concern for Americans everywhere.

It's unlikely that Oliver will change his stance, but at least Congressman Cunningham left a message ringing in his ears.