On The Heels Of Harvey, Hurricane Irma Looks Like Another Monster Storm 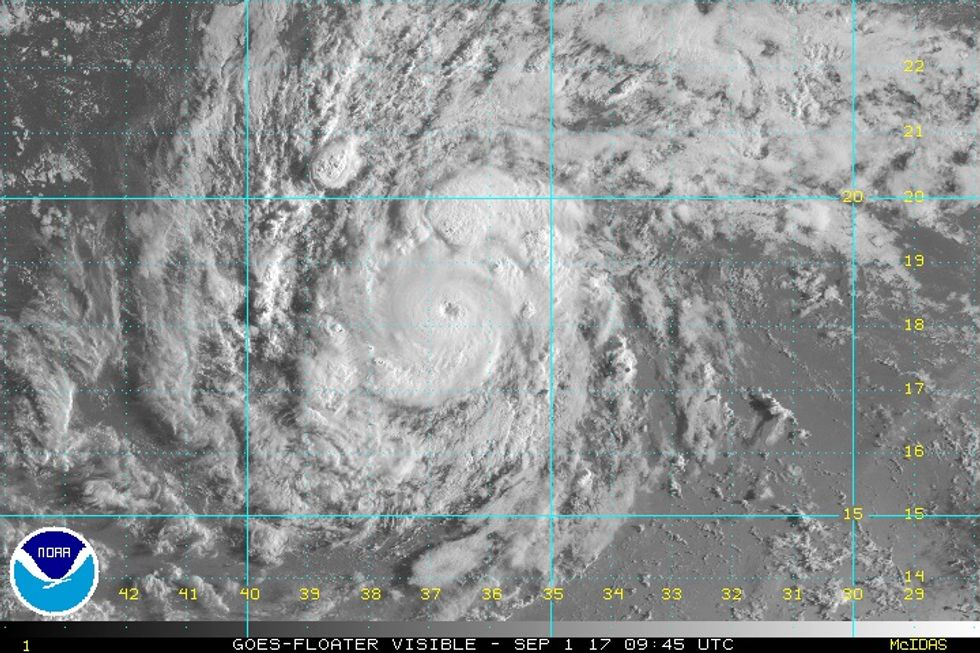 A week after Hurricane Harvey devastated Houston and the surrounding area for years to come, the next big storm is already making its way across the Atlantic.

Hurricane Irma upgraded yesterday evening to a Category 3 with sustained winds near 115 mph, and is heading west at 12 mph, according to the National Hurricane Center.

While Harvey was a Category 4 when it made landfall in Texas last Friday, the first of that magnitude to make U.S. landfall since 2004, Irma has the potential to be even worse. With a "rapid intensification" of a 58 mph (50 knot) wind speed increase between Wednesday and Thursday, the new hurricane could become a major threat for the Caribbean and the United States.

The extreme rapid intensification caught the attention of the National Hurricane Center (NHC), according to their spokesman and meteorologist Dennis Feltgen. He spoke from their headquarters in Miami, noting that one critical difference between Harvey and Irma is the advantage of time as they monitor Irma's progression:

“The good news is we have lots of time to watch this develop [...] It’s at least five or six days away from touching any land.”

The question on everyone's mind, of course, is whether or not Irma poses a threat to the eastern seaboard or to the islands of the Caribbean. Will this new Hurricane make landfall and bring more floods and destruction as Harvey did?

“The American models take it to the Carolinas by next Sunday. The European models have it going to Cuba and possibly threatening South Florida."

Feltgen and those at the NHC agree with Bridges as they keep a close watchful eye on Irma:

“It’s way too soon to say with any certainty how this will affect the United States.”

Hurricane Sandy was only a Category 1 when it made landfall in the Caribbean and then the East Coast in late October 2012.