Incidents of hate crimes perpetrated against Sikhs mistaken for Muslims continue to escalate in response to attacks by Islamic extremists. Can we prevent further incidents by educating the public, or is western Islamophobia too deeply ingrained to make significant change? 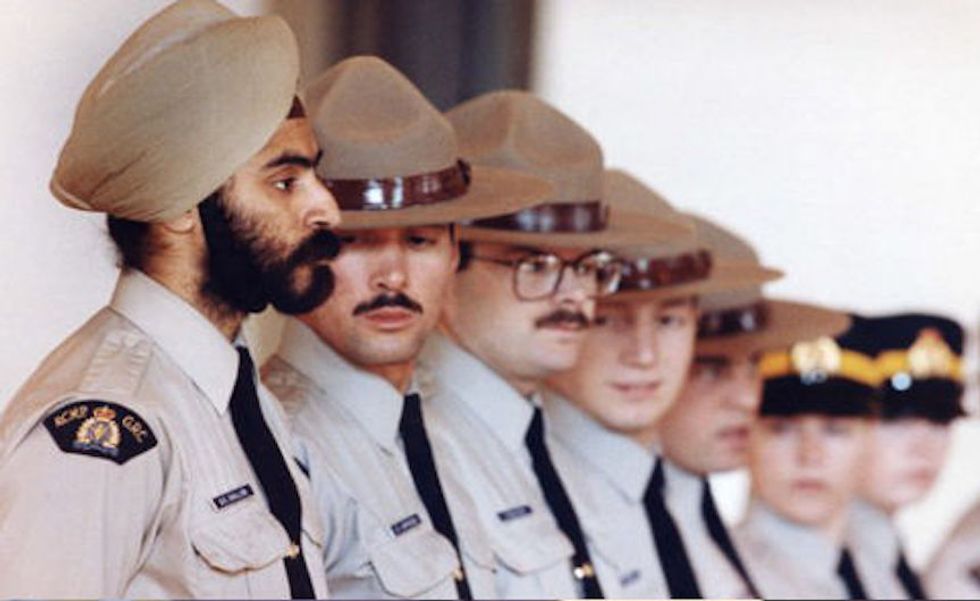 Following the recent terrorist attacks in Paris and San Bernardino, Islamophobia and vigilantism have resulted in Sikhs around the world being attacked, harassed and abused. Not unlike the weeks following 9/11, attackers motivated by hate, fear and ignorance are targeting people who appear to conform to stereotypes of Muslim extremists. A turban-style head covering, beard, brown skin, and a South Asian accent are, apparently, sufficient reasons to suspect a stranger of terrorist ties. These horrifying attacks on innocent people demonstrate that, while it may not be considered “polite,” open Islamophobia is still common.

Recently, a campaign by the Sikh American Legal Defense and Education Fund produced a public service announcement after academic research revealed that an estimated 70 percent of Americans do not know what Sikhism is.

United Sikhs, an international humanitarian relief organization, notes that Sikhs are an ethnic minority, united by more than just a religious belief system.

There are presently 27 million Sikhs worldwide, with around 80 percent of the population residing in or near the Punjab region of India, where Sikhism originated in the 16th century. Sikhs have sought education and opportunity in westernized society, and there are Sikh communities in every country in the Commonwealth and other countries around the globe. Sikhs began emigrating to the United States over 125 years ago; there are currently 700,000 Sikhs residing in the U.S.

The physical appearance of confirmed Sikhs includes several prominent identifiers. Among these, the most obvious are the turban, worn by both men and women, and the full beard. These conventions signal their allegiance to the religion and identify them as part of a community, similar to the Jewish yarmulke or the Muslim hijab. Unfortunately, many people unaware of the distinction between Sikhs and Muslims associate the beard and turban exclusively with images of Muslim extremists.

In April 2012, a discharged Army member and active white supremacist, Wade Michael Page, opened fire in a Sikh house of worship in Oak Creek, Wisconsin. Page killed six Sikhs and wounded four other people before taking his own life. In what has become a familiar

refrain, those who knew Page described him as a troubled loner who avoided friends, family, and neighbors, but whom no one suspected was capable of mass murder. The store owner who legally sold him the gun used in the shooting said Page raised no red flags and easily passed a background check.

What was his motivation? Why target Sikhs? Page was a known white supremacist, and one theory is that Page mistook the Sikhs for Muslims, and therefore believed them to be potential terrorists.

On December 26, 2015, in Fresno, California, two young white men in a truck purposefully collided with a Sikh man in his late 60s and beat him badly. Authorities believe the two young men had seen the man in his turban and assumed he was Muslim. He was simply waiting for a ride home.

In another disturbing incident, also in Fresno, an elderly Sikh man was stabbed on January 1, 2016, in what appeared to be a liquor store robbery. As there have been no arrests in either of the Fresno incidents, it is not known if they are related or coincidental.

Shortly after the San Bernardino shooting in November 2015, another young man vandalized a Sikh temple in Orange County, California, with anti-ISIS graffiti.

On September 8, 2015, in Chicago, a teen attacked a Sikh man in a road rage incident. The teen was said to have yelled racial slurs as he beat the 53-year-old victim, including calling him a terrorist and “bin Laden” victim.

It is important to note that, while these recent incidents have made world and national news, attacks on Sikhs are not a new phenomenon. Since the attacks on the World Trade Center and the Pentagon on 9/11, there have been incidents all over the U.S. where

Sikhs have been killed, beaten and their property destroyed under the assumption that they were Muslim. The attackers have referred to their victims as “Osama bin Laden” and have made other racist and Islamophobic slurs. There have also been incidents in Canada, the United Kingdom, Australia and Poland.

It is easy to be outraged when innocent people of one faith are targeted due to mistaken identity. Yet, there is something more to unpack. These attacks illuminate not only an abundance of ignorance regarding two of the largest religions in the world, but also bring an uncomfortable awareness to the real and ugly presence of Islamophobia. They are egregious not only in themselves, but in that they uncover a hidden prejudice, even by those who claim to be the most alarmed.

When a Sikh is attacked by assailants who believe their victim is a Muslim terrorist, the public outcry over the mistake suggests that if the victim had been Muslim, the crime would have been justified, or at least less shocking. Unfair and tragic as the attacks on innocent Sikhs have been, they are no less unfair and tragic than attacks on equally innocent Muslims. Varinder Singh, co-founder of the Turban Campaign, emphasized a need to defend Muslims as well as Sikhs when it comes to xenophobic reactions, saying, “When we see groups... try to align themselves with the Sikh community, it's a relationship that can't last. This is a move to isolate the Muslim community who need our support."

The antidote to the mistakes and ignorance is education, but would any such public campaign reach its intended audience? Assuming that the perpetrators of these crimes know that their actions are unlawful, would educating them prevent future hate crimes, or just serve to refocus them? Where does the social responsibility lie, and what message would be most effective in reaching them?