Who Gets Eliminated on 'The Bachelor' Tonight? [SPOILER] 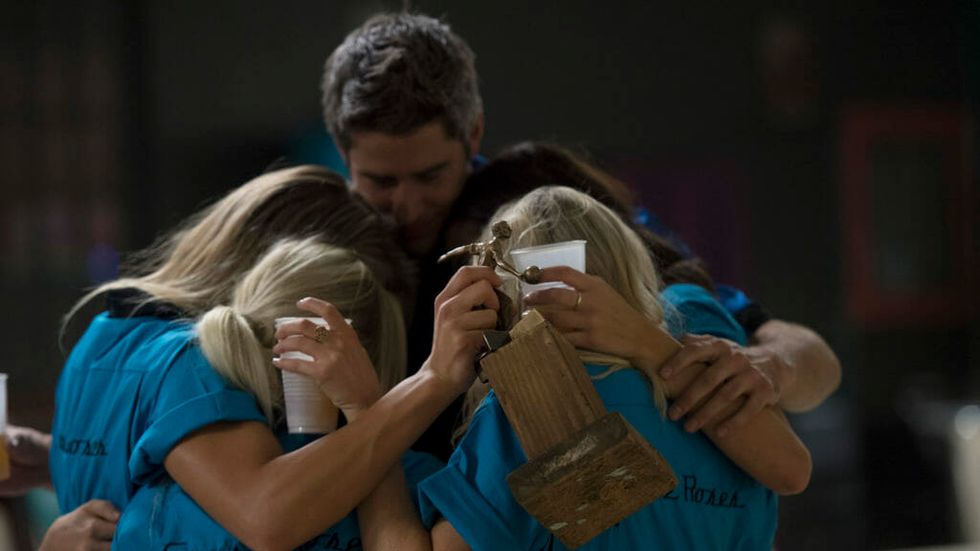 WARNING: This article names the women who get eliminated tonight. Read at your own risk.

Arie's quest for love continues tonight in Paris. Ten women remain on the show, but tonight, we'll be saying goodbye to three. Who's eliminated? Which women score dates? Read on.

The official synopsis for tonight reads, "Paris, one of the most exciting and romantic cities of the world, is a spectacular backdrop for Arie's continuing search for his soul mate. After the 'Krystal-ized' drama of last week, the women are looking for a fresh start. Imagine their horror when they discover that the dreaded two-on-one is this week."

This evening, Arie will go on three dates tonight.

ONE-ON-ONE DATE: Arie has a one-on-one with Lauren B. on the Seine River.

TWO-ON-ONE DATE: Krystal and Kendall have a two-on-one date with Arie. In a promo for the episode, Arie admits he's never been on a date with two women at the same time. One word: drama.

ONE-ON-ONE DATE: Jacqueline is Arie's last date of the evening. The pair goes shopping and grabs dinner at Maxim's. Jacqueline gets a rose.

GROUP DATE: Six ladies (Seinne, Tia, Bekah, Jenna, Chelsea and Becca) are lucky enough to get private dance lessons on the stage of the Moulin Rouge. Only one wins the chance to dance onstage with him that evening in a performance.

Who Gets Voted Off?

Reality Steve reports that Krystal gets sent home during her two-on-one date with Arie. That means Kendall is the woman Arie takes for a smooch at the top of the Eiffel Tower.

And in a move that none of us saw coming, Arie sends single mom Chelsea Roy home. Last week, Chelsea went on a one-on-one date with Arie, and opened up about her son Sammy's father. She admitted that her ex left her for another woman when Sammy was very young, and that the heartbreaking experience was extremely difficult for her. Read more about Chelsea's ex here.