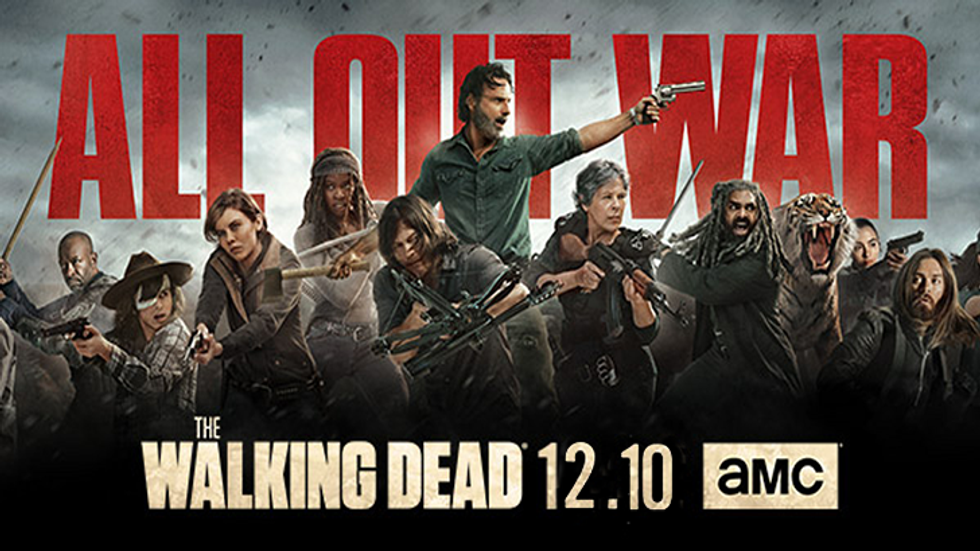 After seven polarizing episodes, the first half of The Walking Dead’s eighth season came to a close last night with a shocking, but heavily-predicted moment. Throughout the feature-length episode titled “How It’s Gotta Be,” The Walking Dead took its viewers through familiar territory as the “All Out War” storyline pressed on, suspiciously focusing on Carl Grimes and his newfound generosity.

Despite progress made by Rick and company, Negan and his band of miscreants make their way to The Kingdom, Hilltop and Alexandria for some good old-fashioned revenge. While Maggie, Ezekiel and Carl are dealing with the enemy, Enid and Aaron attempt to make new friends at the Oceanside Community. Thanks to Enid’s itchy trigger finger, however, things go awry. Daryl, Michonne, Rosita, Tara and Dwight are also on their own mission-stopping Savior convoys.

Like much of the rest of the season, “How It’s Gotta Be” was filled with explosions, gunfire, Eugene rambling and death, but the biggest moment came at its conclusion. Carl’s struggle to protect Alexandria frames the episode as Negan goes on an explosive rampage, destroying the quaint town.

Though the younger Grimes manages to save much of the townspeople, we find that, somewhere between the walker-battle in the woods two episodes back and the mid-season finale, Carl was bit. Viewers get a moment to soak that in with Rick and Michonne before the episode concludes. Surprisingly, it ends with Carl still drawing breath.

So why didn’t Carl actually die at the episode’s end? For that answer, we look to the comics. At the conclusion of “All Out War,” Rick is given the chance to finally kill Negan. Instead, he shows him mercy and takes him prisoner. At the start of “How It’s Gotta Be,” Carl lectures his father on an alternative resolution to killing. At one point, he even suggests that he let Negan live.

As viewers don’t witness Carl’s death yet, chances are he’ll return for the mid-season premiere. He’s ultimately likely be the reason Rick doesn’t kill Negan when the opportunity arises. For now, we’re left with yet another quasi-cliff hanger until the show’s return on Feb. 25, 2018.