A Tale of Two Budgets: What Canada Just Proposed Puts U.S. to Shame 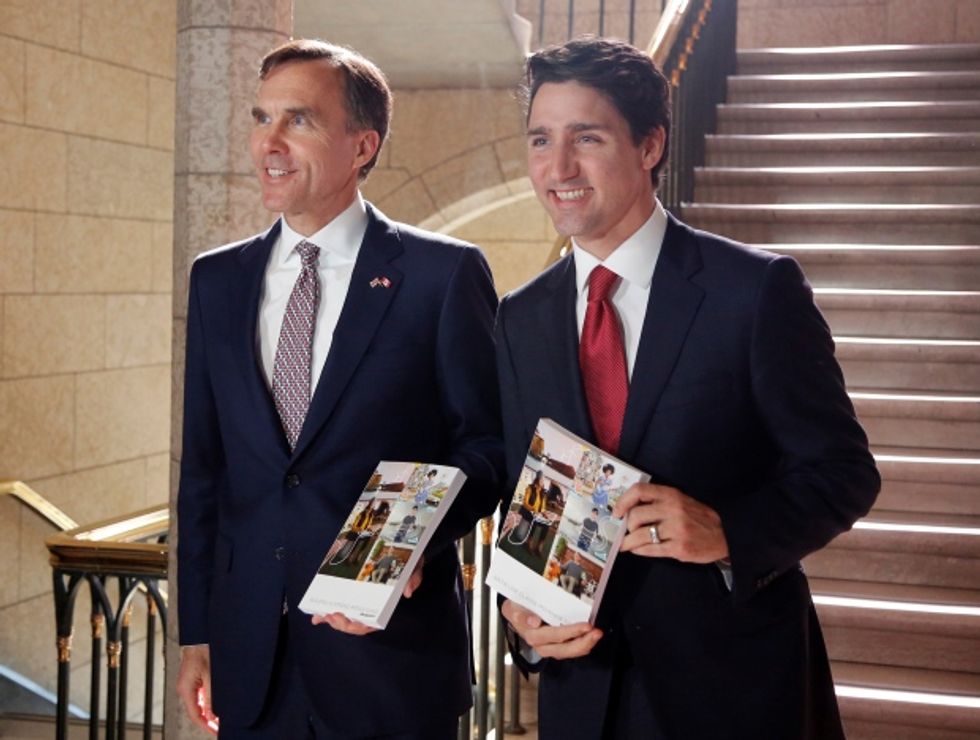 Canada has unveiled its 2017 budget plan and it stands in stark contrast to the budget presented by President DonaldTrump last week. The Canadian budget focuses on social programs, not the military, and defines "a strong Canada" with programs focused on universal health care, programs for veterans, and plans to address gender inequality.

Some of the budget is still up in the air as Trudeau and the Liberal government chose to wait and react to Trump's policies and the US tax plan. There are concerns that an increase in taxes for the wealthy in Canada would lead to those individuals and their businesses moving south to the US to take advantage of Trump's cuts.

Craig Alexander, chief economist of the Conference Board of Canada, said, "Perhaps the government of Canada wanted to pause a bit and see how things evolved before making big announcements in the tax base."

Trudeau's budget does include tax increases on alcohol and tobacco and a plan to force Uber to pay sales tax. There is also a plan to close some tax loopholes since "the Government of Canada is cracking down on tax cheats and will invest an additional $523.9 million—over five years—to prevent tax evasion and improve tax compliance."

But the biggest contrast with the US budget is in the social programs that Canadians will benefit from. Many of the new proposals for this year focus on families.

Canada's parental leave system will be extended from 12 months of leave to 18 months, and it will allow mothers to begin their leave 12 weeks before their due date. Parents will still get the same amount of pay that they would have during a 12 month leave, but the payments will be spread out to allow more time at home with children.

Canada will also invest $7 billion over ten years on child care. The hope is to increase the number of subsidized child care openings.

There will also be a new caregiver tax credit for

families and individuals who are caring for elderly or ill relatives. The benefit will cover more situations than current benefits and will extend paid leave to 15 weeks.

There is expanded eligibility for student loans and grants targeted at part-time and adult students. The scenario described in the budget includes benefits specifically for parents returning to school.

Trudeau had promised a focus on gender issues in the budget and that is reflected in measures beyond those targeted at parents and families. Female entrepreneurs get additional funding for government grants. There is a new fund dedicated to stopping gender-based violence. And there is funding set aside to train judges so that their decisions reflect ethics grounded in cultural- and gender-sensitivity.

The Gender Statement in #Budget2017 is a first for Canada, and helps us work for greater gender equality: https://t.co/Dz3aGcrPpQ
— Justin Trudeau (@Justin Trudeau) 1490219267.0

In contrast, the Trump budget increases spending on the military and cuts many social programs will negatively impact women. Cuts to the Justice Department could lead to less enforcement of equal pay laws. Changes to the ACA and veteran benefits may force more women, who are more likely to be caregivers for older and younger family members, to leave the workplace.