When Does 'Stranger Things' Season 3 Come Out? 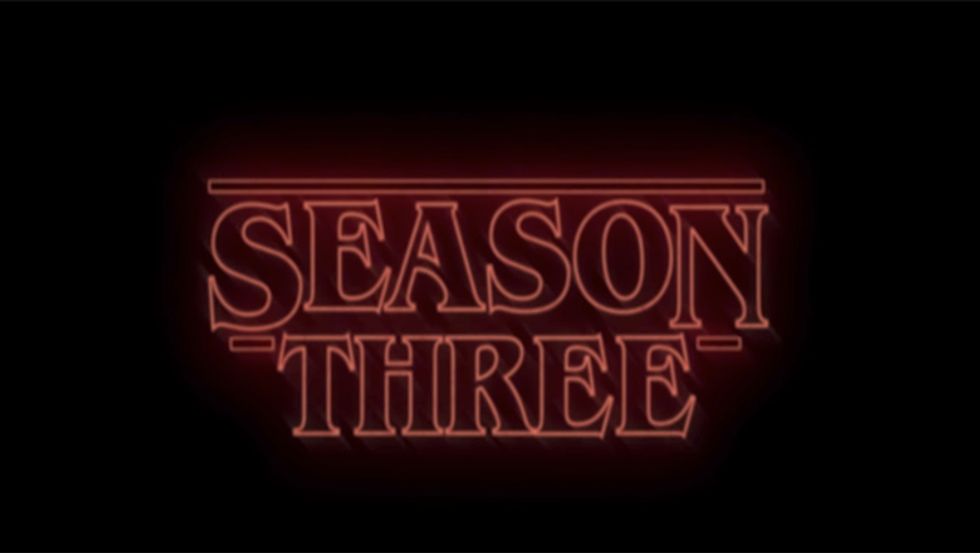 When does Stranger Things season 3 come out? Netflix released season 2 in October 2017, but has there been an official announcement for season 3 yet?

Fans will be relieved to know that the answer is "yes." In an August interview with Vulture, show creators Ross and Matt Duffer confirmed a third season and a potential fourth season. Netflix has also since officially confirmed, too.

"We’re thinking it will be a four-season thing and then out,” says Ross. “We just have to keep adjusting the story,” says Matt. “Though I don’t know if we can justify something bad happening to them once a year.”

As for when season 3 will come out, an exact date is not yet known, but all signs are pointing to an early 2019 release, writes the Express.

Season one came out in July 2016 and was Netflix's "summer blockbuster," skyrocketing its young cast to stardom while also bringing back iconic 1990s actress, Winona Ryder. After premiering, Netflix realized it had a hit on its hands and renewed Stranger Things for a second season a month later on August 31. The second season was released today, October 27, and has 9 episodes.

Whether a third season would include the show's iconic preteens is unknown, as the Duffer brothers have stated that they can't justify an apocalyptic scenario in Hawkins, Indiana every year. This year, the Duffer brothers added even more 80s nostalgia by casting Goonies star, Sean Astin, to the powerhouse team that includes Winona Ryder, Gaten Matarazzo, Finn Wolfhard, Natalia Dyer, Charlie Heaton, and Joe Keery.

You can watch all 9 episodes of season 2 right now on Netflix, or catch up with season 1 before starting the newest addition. Or, if you've already finished season 2, check out this hilarious "season 3" teaser trailer created by Funny or Die: