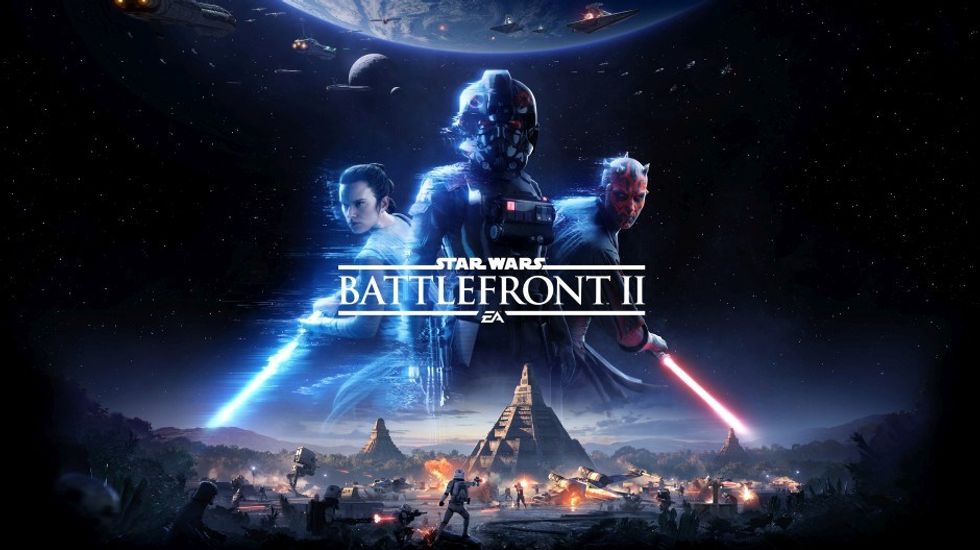 One of the biggest draws for any Star Wars game or movie is whether or not the iconic movie characters will make an appearance. Though Rogue One: A Star Wars Story featured a host of new heroes and villains, the Darth Vader cameo proved most exciting for fans and was touted as one of the best scenes in the movie.

When Star Wars Battlefront II releases on Nov. 17, it will do so a with a canonical single-player campaign focused on series’ newcomers, the Empire’s Inferno Squad. As Rogue One proved, however, that doesn’t negate the chance of the game including main characters from prior films.

While the focus of the campaign is on Inferno Squad, Motive Studios’ producer Paola Jouyaux has confirmed that players will jump into the roles of Luke Skywalker and Kylo Ren. Another surprising brief appearance in the campaign is Emperor Palpatine, despite being very much dead. Rather than make a miraculous comeback like Darth Maul did in The Clone Wars, Palpatine’s presence is that of a pre-recorded message loaded into a Sentinel droid.

As with all prior Battlefront games, the multiplayer is where a larger cast of characters will make their appearance. Sporting the second largest pre-DLC roster of heroes and villains for the series, Battlefront II will let players control the three from the campaign plus:

The complete list of 14 unlockable heroes and villains will expand post-launch with a free update that will add Finn and Captain Phasma.

Though players may get a robust choice of heroes and villains to control, gaining access to them isn’t as easy as starting the game. At start-up, all hero and villains are locked, even the single-player protagonist, Iden Versio.

Originally, character’s like Darth Vader and Luke Skywalker cost upwards of 60,000 in-game credits; and as a Reddit user calculated, with the rate of a few hundred credits per match, unlocking one hero was akin to a full-time job.

Despite initially firing back at outraged fans, EA opted to reduce the amount of credits needed to unlock characters in multiplayer. The 75% cut may sound like a great gesture, but as Andrew Reiner, executive editor at Game Informer, pointed out on Twitter, there are still some glaring issues.

Though the cost has dropped, so, too, has the occurrence of obtaining credits. Initial reports stated finishing the campaign earned 20,000 credits, but with the reduction, has been dropped to 5,000. There’s even a time limit in Arcade Mode that limits how many credits can be earned in a day.

Dice may not be shy when it comes to providing a great roster of heroes and villains, it’s just adamant that gamers pay for them, either through time in game or microtransactions.