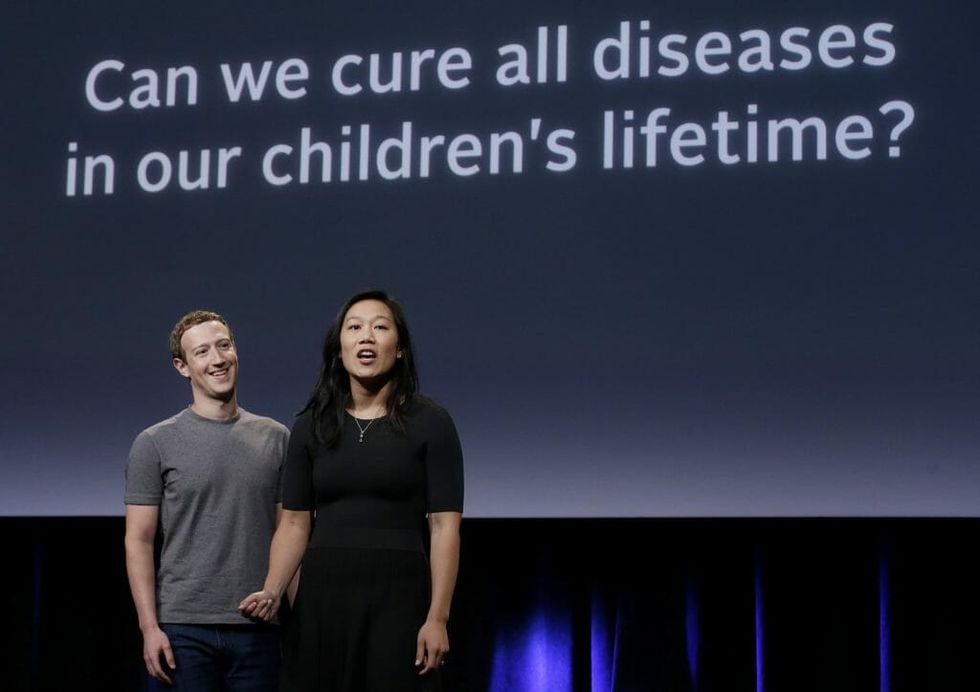 Facebook CEO Mark Zuckerberg and his wife, Dr. Priscilla Chan, announced they would invest $3 billion into research to prevent, manage––and cure––the world's diseases by the end of the century. The couple will invest the money through their philanthropy organization, The Chan Zuckerberg Initiative.

Dr. Chan, a pediatrician, spoke onstage at a press event in San Francisco to introduce the health initiative yesterday and recalled moments when she had to inform parents that their child could not be resuscitated, or give a leukemia diagnosis. She also spoke about her vision for children like her daughter, Maxima. "By investing in science today, we hope to build a future in which all of our children can build long and rewarding lives..." Dr. Chan said. "We want to dramatically improve every life in Max’s generation and make sure we don’t miss a single soul. We’ll be investing in basic science research with the goal of curing disease."

Zuckerberg announced plans for the initiative in a statement posted to his Facebook page. "Medicine has only been a modern science for about a century, and we've made incredible progress so far," he wrote. "Life expectancy has increased by 1/4 of a year per year since then, and if we only continue this trend, the average will reach 100 around the end of this century. Today, just four kinds of diseases cause the majority of deaths. We can make progress on all of them with the right technology."

The $3 billion will come from Zuckerberg's personal shares in Facebook, a sum valued at $45 billion. Following the birth of their daughter, Zuckerberg and Chan pledged to donate 99 percent of their wealth to charitable causes during their lifetimes. For example, The Chan Zuckerberg Initiative has already invested in charter schools and education start-ups. Earlier this year, Zuckerberg asked Facebook's shareholders to approve a new voting system for its stock, so he could sell and give away shares without losing his majority control over the company.

The couple announced that the initiative would fund a $600 million research center in San Francisco called the Biohub, built in partnership with Stanford, the University of California, and Berkeley. Dr. Cori Bargmann, a renowned neurobiologist, will become the Chan Zuckerberg Initiative's new president of science. Zuckerberg said that if the initiative's plan to end all diseases works, it should increase human life expectancy to 100 years. “That doesn’t mean no one will ever get sick,” he said. “But they should be able to treat it and manage it.”