Why Are So Many Boys In This Small Town Raised As Girls? The Intersex Children of Salinas. 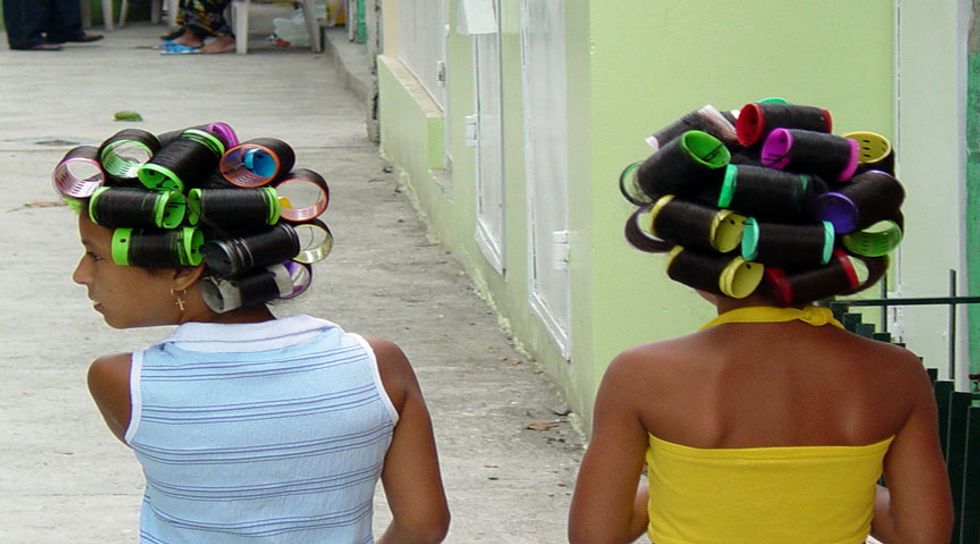 A small and ethnically homogenized corner of the Caribbean is home to an interestingly large population of children bearing the same medical anomaly. In the Dominican Republic city of Salinas, approximately one in every ninety children have this mutation, and are born with exterior genitalia that either appear female or non-specific and ambiguous at birth. They are generally assigned a female gender, given girl’s names and raised as daughters… but when puberty sets in, something fascinating happens.

Known as Guevedoces,which is a Spanish idiom meaning “testes at 12,” these children are born with a genetic mutation that delays the development of external male sex organs. When X and Y chromosomes combine during conception and pregnancy, males usually produce the enzyme that converts testosterone into DHT, an androgen that produces the penis and testes. In these children, that enzyme doesn’t get produced until puberty. It’s a little more complex than that… but that is the basic overview.

Male children affected by this mutation, known as 5-Alpha Reductase Deficiency or 5-ARD, are born without a penis or testes. Living in a country where poverty is prevalent and medical advances such as genetic testing are not widely available, these boys are usually not identified by their families, doctors, and community as 5-ARD but rather as girls. It is not until the body is nearing puberty that the DHT kicks in, and shortly after, male physical traits appear.

By this time, however, many of these children have already begun to rebel against their assigned femininity, by eschewing “girls” dresses and toys. When the penis appears, it’s just the last piece of the puzzle. As the boys mature into adulthood, the genitals are, for the most part, fully functional. The Guevedoces are commonly able to reproduce and, with few exceptions, are heterosexual and cisgender.

This mutation, which is one of many ways a person may be classified as intersex, is extremely common in the Dominican Republic, popping up most frequently in the small village of Salinas. Documentarians speculate that it is due to a smaller genetic pool, or intermarrying, but it is as common as 1 in 90 births, with most families having at least one relative expressing the mutation.

Scientists have been studying the Guevedoces for years, following them throughout their lives as they develop from babies into adults. It was the study of this mutation that led to

the development of the drug Propecia, used now to treat both male pattern baldness and benign enlarged prostates, by blocking the 5-Alpha Reductase enzyme. Studying the development of these children also illuminates many ideas about gender, identity, nature vs. nurture and makes cracks in the foundation of the gender binary.

With an increasing amount of the latest current events being centered on transgender and intersex civil rights and awareness, bringing the Guevedoces to the public eye serves a unique purpose in demonstrating how gender is a concept, one that is not always paired with the corresponding sex of an individual. Guevedoces might be nearly exclusive to the community of Salinas, but it's just one of many different types of genital presentation that can be lumped into the giant list of non-binary representations falling under the umbrella definition; Intersex.

In the cases of erroneous gender assignment, a child may be born with any combination of physical traits associated with male or female bodies, and often, the medical community chooses a sex based on the most viable traits presented. Often this results in infants with internal testes being given an orchidectomy, genital reconstruction of a vagina and labia, and an assignment of female. This decision is often based on the much simpler method of creating a vagina, versus the much more delicate and complex surgical effort of creating a functional penis.

Many of these children grow later in life to feel as though they were mis-assigned, or that they are neither male nor female, despite the presence or absence of organs and features. Many of these people, who had non-consensual surgeries and hormone therapy as children,

were not informed of their original states, and grow up feeling very confused, conflicted and different. Only as adults, through DNA testing or disclosure from family members and parents, did they become aware of their beginnings, and begin to reconcile their memories and feelings with this new information.

The Uprising of a Gender Revolution

Noting that many people do not fit the long-held concept of the gender binary, some point out that there is far more to gender identity than the presence of reproductive organs. While others argue that transgender or intersex people are simply confused, or suffer from a dysmorphic disorder, when an infant with no discernible genitals is female via social assignment, then becomes a male based on late onset genetic processes, gender definitions grow complicated. This exploration into the concept of gender propels new medical and psychiatric discussions, not to mention civil rights, into the future.

In several regions of the world the notion of a third gender, or gender non-conformity, is gaining traction. With the BBC covering the Guevedoces of Salinas, metaphorical stones are being overturned, bringing obscure and private issues into public view. In Salinas, these children are usually ostracized and become targets of ridicule, despite their commonality. In India, where the nation has officially recognized a third gender, the Hijras are gaining acceptance and are even revered by some as holy. In 2013, Sweden added the third gender pronoun, “Hen” to the national encyclopedia. Hen replaces the Swedish words for He and She when the person referred to is of unknown gender, or prefers to remain unclassified.

In the U.S., momentum around discussions of trans, gender nonconformity and intersex rights is building, with popular websites such as Buzzfeed using their platform to introduce the Millennial generation to the concepts and terminology, indicating that a more open dialogue about how to define gender is inevitable. These conversations may spur a worldwide zeitgeist, where society that comprises several genders, not just two.