We Now Know How Many Lies Donald Trump Told During His First Two Years in Office, and He Really Stepped Up His Lying Game in 2018 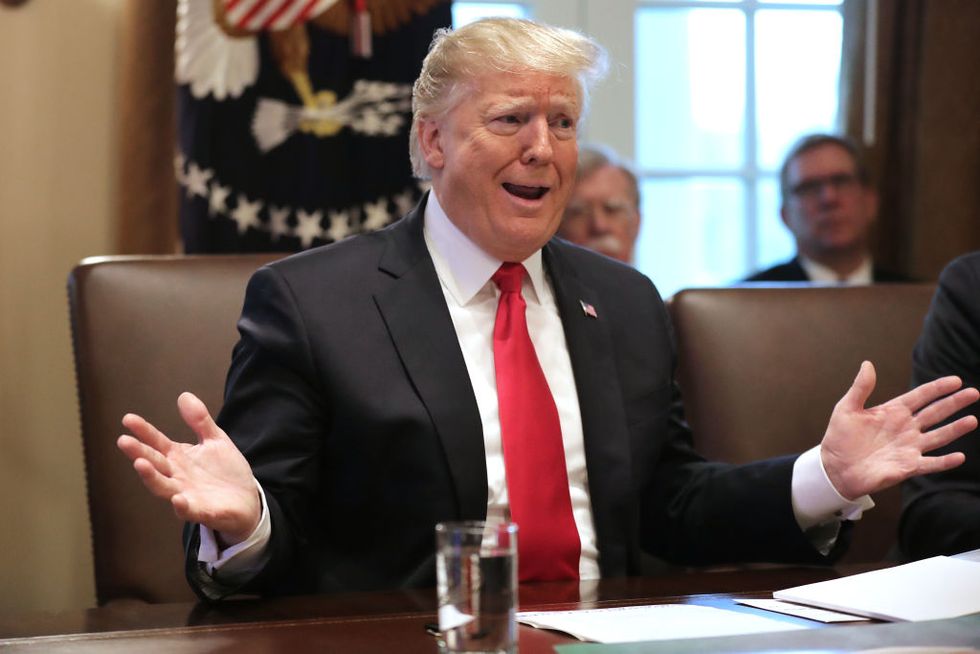 U.S. President Donald Trump talks to journalists during a meeting of his Cabinet in the Cabinet Room at the White House January 02, 2019 in Washington, DC. (Photo by Chip Somodevilla/Getty Images)

It's no secret that President Donald Trump has no problem lying to the American public, but these latest numbers from The Washington Post will surprise Americans everywhere.

The Post's fact checker found that Donald Trump made 8,158 false or misleading claims as of January 20th—his official two year anniversary in the White House. This averages to 16.5 lies a day.

What's more, the vast majority of these statements—around 6,000—were made in his second year, suggesting an increasingly greater willingness to lie to the public on the President's part.

One of Trump's worst months was in October of 2018, where he made over 1100 false statements, averaging out to 30 a day. These included lies about everything from steel plants to the African American unemployment rate.

Another suggestion that the lies are getting worse: The Post reported that during the first 100 days of the President's term, he made nearly 500 false statements. He's managed to surpass that number in only the first three weeks of 2019.

Americans are growing weary of the constant attempts at deception.

@kylegriffin1 And people wonder why the Democrats have a hard time negotiating with him. You can't trust any statement that he makes.
— CoopMarie (@CoopMarie) 1548077969.0

But Americans aren't only blaming Trump.

Some feel the media has been enabling his lies for too long.

@kylegriffin1 And yet media still headline his quotes with no disclaimer indicating this. Cut it out. His words are… https://t.co/gBgYirwxeX
— karen munro (@karen munro) 1548077530.0

Even more feel like the lies will worsen once Mueller shows his cards.

With the sheer volume of lies, this President has proven that he is either blithely unaware of the facts or deliberately lying to deceive the public. Either way, he cannot be trusted.