Ready for lift off? 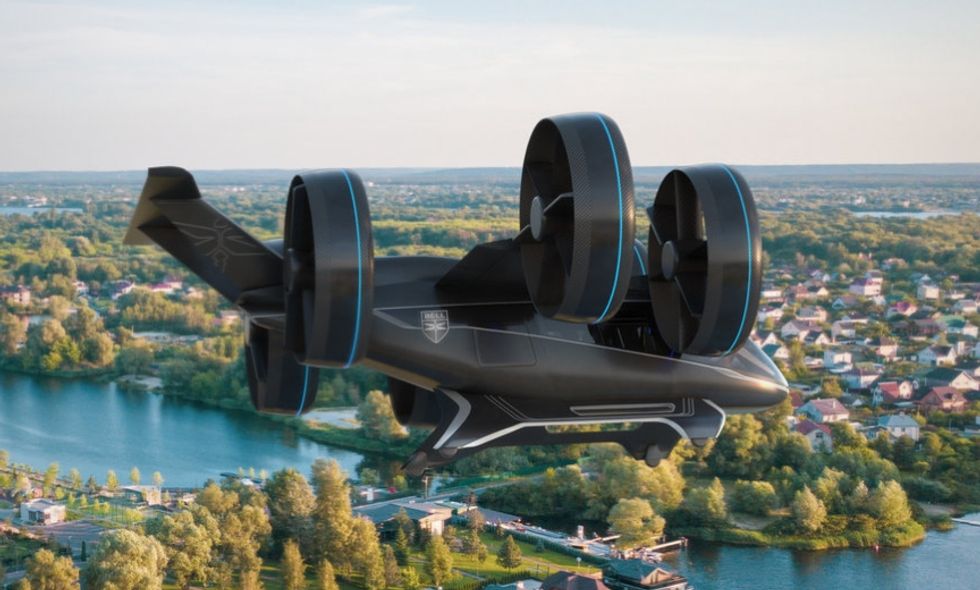 Uber's latest vehicle at the Consumer Electronics Show in Las Vegas this week is sure to raise expectations for commercial travel as high as it hopes to lift its passengers by 2023.

That's right. Uber is partnering with Bell Aerospace and hopes to begin offering the Bell Nexus—an air taxi—to its users in the next six years.

The prototype shown at Bell's CES booth holds space for four passengers and a pilot. Its top speed will be around 150 miles per hour with a distance of 150 miles as well.

In addition to takeoff and landing demonstrations, attendees were offered a chance to try out a virtual reality version which allowed them to pilot the Nexus. The companies plan to begin rolling—er, flying?—out the first consumer versions in Dallas and Los Angeles.

See the Bell Nexus in all its glory below:

Though flying cars have often been a human aspiration as well as the stuff of sci-fi legend, many are wary for when it's finally time to put the pedal to the metal.

However, some are still looking to the skies.

The unveiled model has some looking forward to the future.

With such innovative new technology, there are tons of logistics to sort out. People have a lot of questions.

@NBCNews Wonder how many “sky” wrecks they’ll have & can you imagine the road rage with no traffic signs & no policemen?
— Buttercup4Trump (@Buttercup4Trump) 1547182876.0

With all these reservations and potential obstacles, Uber better get cracking if it wants the program to take off in the next few years.