The comments were met with outrage and disbelief. 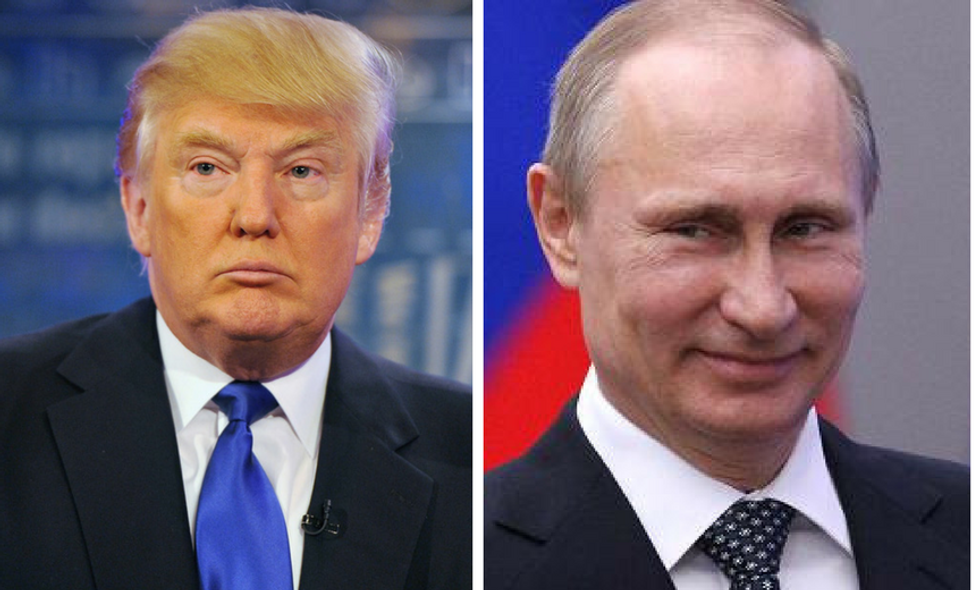 After Congress passed a bill last month imposing tough sanctions on Russia for its role meddling in the 2016 election, Vladimir Putin announced Russia would retaliate by expelling 755 U.S. diplomats from their country.

While at his Bedminster, N.J. golf club on Thursday, Donald Trump was asked about Russia's move, and gave the following response:

“I want to thank him because we’re trying to cut down our payroll, and as far as I’m concerned I’m very thankful that he let go of a large number of people because now we have a smaller payroll.”

Besides the fact that Trump falsely presumes that the diplomats who are expelled from Russia will not continue to work for the State Department, it also stunned an already frustrated diplomatic corps. As one senior diplomat serving overseas put it:

"This is so incredibly demoralizing and disrespectful to people serving their country in harm's way."

One State Department official told POLITICO: "Everyone seems pretty amazed. This statement is naive and shortsighted. It sends a terrible signal to local employees everywhere."

Another State Department official expressed outrage: "THANK Putin? I don't have words that are printable to describe my reaction."

Others expressed their disbelief and offered support for our diplomats on Twitter.

A shameful statement by Pres. Trump. He justifies mistreatment of US diplomats by Putin. If he was joking, it show… https://t.co/WADlgcu0nz
— Nicholas Burns (@Nicholas Burns) 1502399194.0

As a Foreign Service veteran, I find it lamentable that our great career diplomats are treated with such disrespect by their President
— Nicholas Burns (@Nicholas Burns) 1502399747.0

I am thankful for all the great US diplomats who serve everyday in harm's way and in hardship posts like Russia. We… https://t.co/hClZgPXOIV
— Susan Rice (@Susan Rice) 1502407777.0

Having served at State for 25 yrs under R/Ds, Trump's defense of Putin over expelled US diplomats one of most shameful of his presidency
— Aaron David Miller (@Aaron David Miller) 1502402971.0

That @realDonaldTrump praised Putin today for cutting 755 people from our embassy in Russia shows that he doesn't understand diplomacy.
— Michael McFaul (@Michael McFaul) 1502408821.0

The White House has not yet responded to the criticism.