The threat is real. 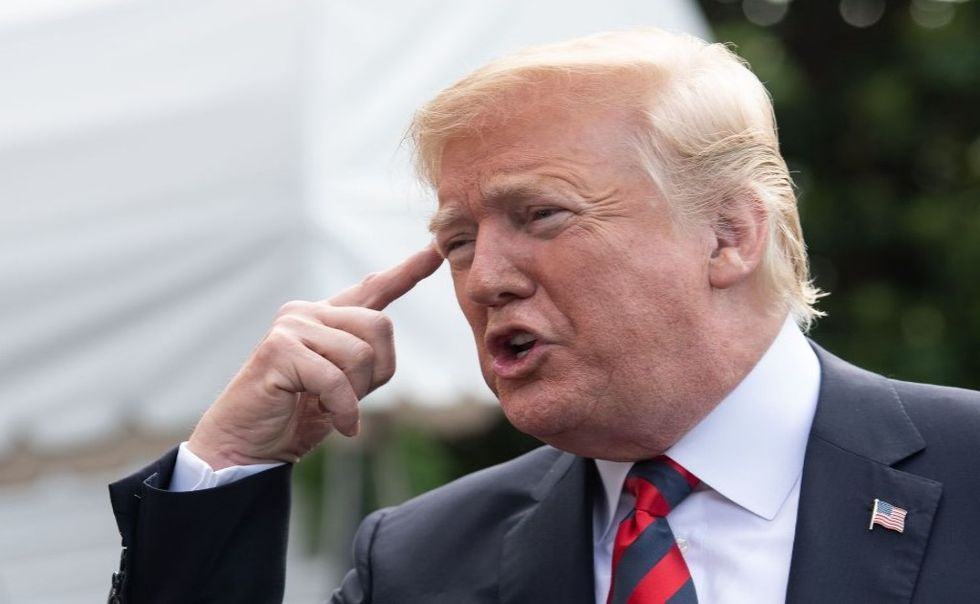 One of the questions asked frequently online is 'why doesn't the Republican Party stand up to President Donald Trump?'. Several of Trump's policies go against traditional GOP stances, like the president's attacks on free trade.

After Tuesday's primary vote, some are pointing to the results in South Carolina as a possible answer.

Republican Representative Mark Sanford, the incumbent, faced state Representative Katie Arrington in the GOP primary for his seat in the House. Sanford publicly criticized Trump, at one point saying the president "fanned the flames of intolerance."

Hours before the polls closed in South Carolina, Trump took to Twitter to comment on the contest between Sanford and Arrington.

It's unclear if Trump saw the writing on the wall, that another GOP incumbent would lose their seat and sought to distance himself from Sanford or if the president's Tuesday afternoon tweet cost Sanford his House seat.

My political representatives didn’t want me to get involved in the Mark Sanford primary thinking that Sanford would… https://t.co/QAqpkU2VvR
— Donald J. Trump (@Donald J. Trump) 1528882623.0

Sanford stated Tuesday a president commenting on a primary was "fairly unusual." Sanford added he's "neither for nor against Trump" and bases his decisions on his political values.

Not all conservatives agreed with Trump's view on Sanford.

But unsurprisingly, Fox News had the president's back. They referred to Sanford as a "Trump-basher" in their media coverage.

According to Fox News, Tuesday's primary results in South Carolina were "an unmistakably positive referendum on President Trump's tenure."

It signaled that the president's base in the state remains solidly behind him ahead of November's midterm elections, despite withering criticism from both inside and outside the Republican party. State Rep. Katie Arrington, a relative political newcomer who secured Trump's backing, repeatedly bashed Sanford for deriding the president and even ran advertisements featuring video clips of Sanford's Trump criticisms."

Sanford had other problematic issues like a well publicized affair back in 2011 that caused him to resign as governor. But even he acknowledged that his criticism of the president impacted his campaign.

Well I think it has probably hurt me in this race. But again, there are no free lunches in life. I think there are times I have had to oppose the president because of stands I have had for a long time."

If speaking up about standard GOP values when they clash with Trump policy costs votes, expecting Republicans interested in maintaining their seats in congress to question or criticize him may be unrealistic. His most vocal critics within his own party are those who already announced they don't intend to seek reelection.

The GOP may remain the party of yes men for the foreseeable future. And people are recognizing that fact, but not absolving the Republican Party of responsibility.

To anyone asking some version of "Why won't Republicans stand up to Trump?" the answer is: Mark Sanford. (Also accepted: Martha Roby)
— Steve Kornacki (@Steve Kornacki) 1528852449.0

@SteveKornacki @oldwac1 People should also remember, this is how you defeat Trumpism, you vote them out.
— Schenck (@Schenck) 1528891945.0

But while people called out the GOP for never questioning Trump, at least one person thought someone else should be speaking up.