Trump Promised to Release the Transcript of the 'More Important' Call With Ukraine, and He Is Getting So Roasted 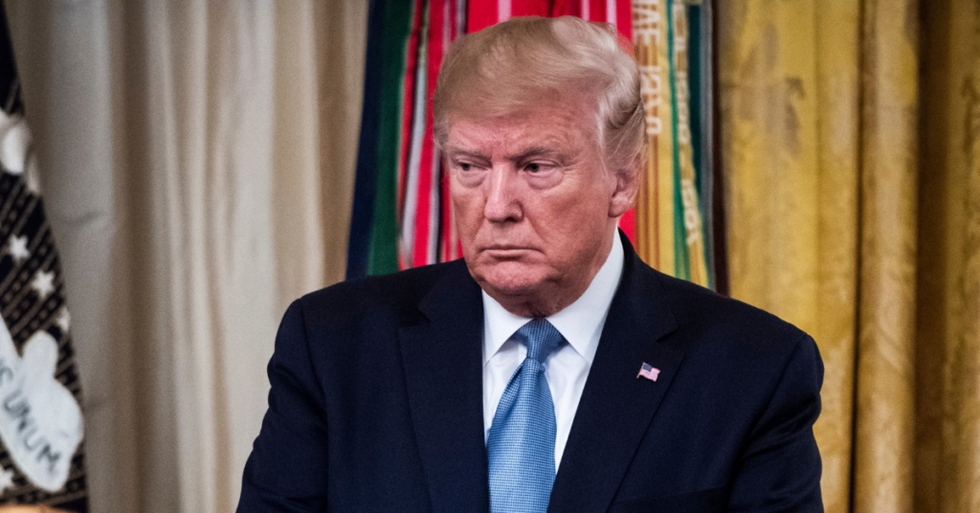 With the first rounds of public impeachment hearings set to start on Wednesday, President Donald Trump is scrambling to discredit the entire process.

Ignoring the numerous State Department, Pentagon, and White House officials who acknowledged the existence of a quid pro quo given by the Trump administration to Ukrainian President Volodymyr Zelensky, Trump promised to release the first "and therefore more important" transcript of a call with Zelensky that occurred prior to the pair's July 25 call, which spurred the impeachment inquiry in the first place.

He promised to do so before the week is out.

I will be releasing the transcript of the first, and therefore more important, phone call with the Ukrainian President before week’s end!
— Donald J. Trump (@Donald J. Trump) 1573558281.0

It was a whistleblower complaint asserting that Trump urged Zelensky to investigate his potential 2020 opponent, former Vice President Joe Biden which led to initial scrutiny of Trump's business dealings with Ukraine. However, depositions in the impeachment inquiry have gone on to reveal that the Trump administration withheld crucial congressionally-approved military aid to Ukraine in exchange for a public announcement of an investigation

In other words, the Zelensky call is hardly the only evidence of corruption in the administration's dealings with Ukraine.

It's unclear why Trump believes the earlier call will somehow vindicate him—or why he has to wait so long to produce it.

@realDonaldTrump Why did you wait? If it’s so important why didn’t you release it weeks ago? Does it really take… https://t.co/iGJLLfXVik
— PatrioticGenius (@PatrioticGenius) 1573572454.0

@realDonaldTrump He can't release it now because it hasn't been fabricated yet.
— Jacob Mayfield (@Jacob Mayfield) 1573558362.0

@realDonaldTrump Why not release it now? Are you editing it to fit your narrative?
— David Weissman (@David Weissman) 1573561518.0

The White House released a rough summary of the July 25 call the day after House Speaker Nancy Pelosi (D-CA) announced an impeachment inquiry into the President. Trump and his administration have called it a transcript, but the word-for-word transcript was moved to a classified computer network.

People are far more interested in the contents of that conversation, which the White House has yet to release.

@realDonaldTrump Release the transcript of the other one. Your summary isn't cutting it.
— Michael Petty (@Michael Petty) 1573575269.0

Americans across the country will be tuning in to see the first public testimonies in the inquiry tomorrow. Trump's transcript will have to be a doozie to distract from that.