A Misplaced Comma in One of Donald Trump's Tweets Completely Changed Its Meaning, and People Can't Stop LOLing 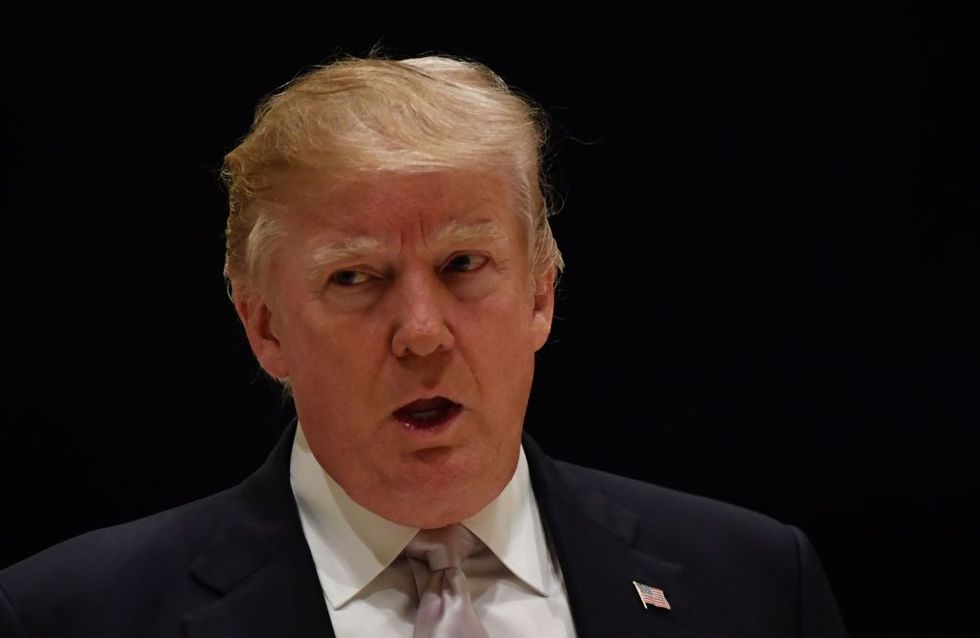 On Tuesday, President Donald Trump took to Twitter to tout the news of the dismissal of one of the pending lawsuits against him.

Stormy Daniels—the woman the President had his former fixer and personal lawyer pay $130,000.00 to just before the 2016 presidential election—sued the President over statements he made regarding her. Daniels had an alleged affair with Trump in 2006 while the President was married to First Lady Melania Trump.

Trump tweeted a quote from Fox News on Twitter along with his own comments. He posted:

"'Federal Judge throws out Stormy Danials [sic] lawsuit versus Trump. Trump is entitled to full legal fees.' @FoxNews Great, now I can go after Horseface and her 3rd rate lawyer in the Great State of Texas. She will confirm the letter she signed! She knows nothing about me, a total con!"

But the dangling participle or misplaced modifier at the end of the President's last sentence gave people pause...until they began laughing.

Daniels herself called out the poorly worded phrase. She also took to Twitter and posted:

"I see someone finally made it to chapter 3. Also, can someone please teach Tiny about correct punctuation? We already knew you're a con, though. #triggeredhim #slowreader #commasarehard"

I see someone finally made it to chapter 3. Also, can someone please teach Tiny about correct punctuation? We alrea… https://t.co/xSBAawHGSg
— Stormy Daniels (@Stormy Daniels) 1539705761.0

As the sentence is currently structured, the phrase "a total con" refers to the object of the prepositional phrase: "me"—as in President Trump, not the subject of the sentence: "She"—as in Stormy Daniels.

People online got a kick out of the error.

The grammar police were out in force.

@TMFSymington @realDonaldTrump @FoxNews I know! I had to go reread it to make sure I saw it right! Hahahaha
— Jennifer McClain (@Jennifer McClain) 1539790600.0

@realDonaldTrump @FoxNews I guess it takes one con to know one, hey Trump boy. Do you ever do a days work? Is pla… https://t.co/FCOGAMTcHg
— Linda Pelletier (@Linda Pelletier) 1539785505.0

@realDonaldTrump @FoxNews Good thing your base doesn't know how commas work. The one in the very last sentence is very telling.
— Jim Fougerousse (@Jim Fougerousse) 1539786996.0

@realDonaldTrump @FoxNews "She knows nothing about me, a total con!" The first true thing you've ever tweeted.
— Chuck Gordon (@Chuck Gordon) 1539798978.0

Although some wondered if the tweet actually came from the official account of the President of the United States.

Daniels' lawyer, Michael Avenatti declared their intent to appeal the ruling of dismissal on Monday.

Here is the Notice of Appeal we just filed with the Ninth Circuit relating to the defamation claim against Trump. H… https://t.co/D0Zult90Gw
— Michael Avenatti (@Michael Avenatti) 1539650363.0