One of Donald Trump's SCOTUS Finalists Wrote About the Indictment of a Sitting President in 2009, and No Wonder Trump Loves Him 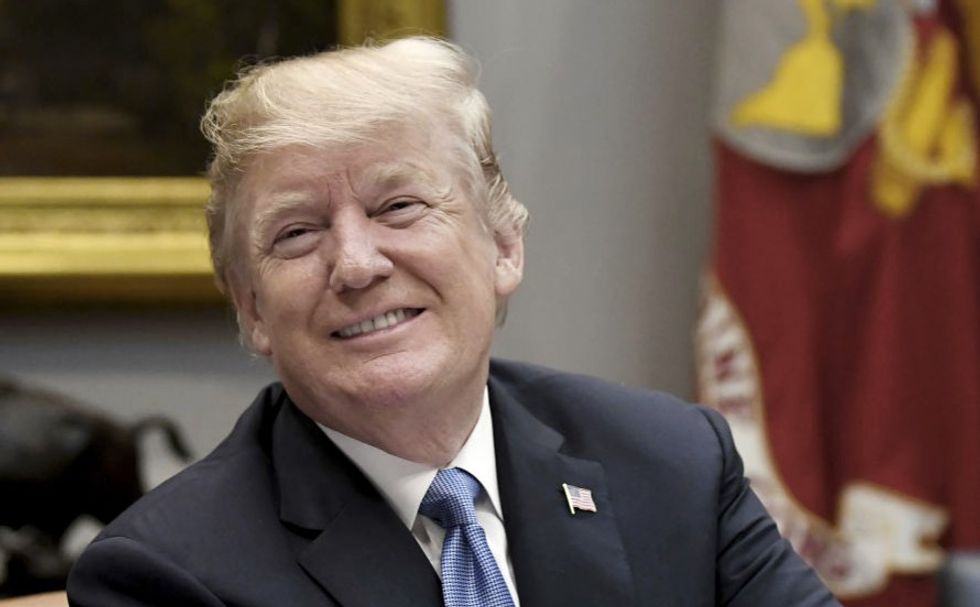 US President Donald Trump in the Roosevelt Room of the White House, in Washington, DC, on June 21, 2018. (Photo by OLIVIER DOULIERY/AFP/Getty Images)

The Supreme Court of the United States (SCOTUS) will have a vacancy after July 31 when Justice Anthony Kennedy officially retires. While many are asking how any potential Supreme Court nominee will vote on issues like women's reproductive rights or Citizens United, President Trump may have a different litmus test in mind.

Will his nominee allow a sitting president to be indicted?

And after his team looked into their backgrounds, Trump already knows how at least one member of his short list, U.S. Circuit Court Judge Brett Kavanaugh, feels on the subject.

In a 33 page article for the Minnesota Law Review titled Separation of Powers, Brett M. Kavanaugh discussed separation of powers and executive privilege in regards to the executive branch of the federal government. He based his suggestions on living through the administrations of President Bill Clinton and President George W. Bush, for whom Kavanaugh worked as a staff secretary.

The three branches of the federal government —executive, legislative, judicial— are designed to act as a series of checks and balances, whereby no one branch can hold sway over the others or the citizenry of the United States. It is designed to block tyranny and authoritarianism from arising and keep a dictator from rising to power in the executive branch.

However Kavanaugh believes some of those safety measures placed by the U.S. Constitution on the powers of the presidency should be eliminated because being president is super hard. Like harder than anybody else's job.

"First, my chief takeaway from working in the White House for five-and-a-half years—and particularly from my nearly three years of work as Staff Secretary, when I was fortunate to travel the country and the world with President Bush—is that the job of President is far more difficult than any other civilian

position in government. It frankly makes being a member of Congress or the judiciary look rather easy by comparison."

Because it's super hard to be president, Kavanaugh proposes the person currently in that position deserves a break from having to obey the law. Should they actually break laws while in office, they should not be bothered with the consequences all other citizens, or even members of the federal government, would face.

The first proposal in Kavanaugh's article, Separation of Powers, printed in all capital letters, is to:

In Kavanaugh's vision for the United States, the president really could shoot someone on a crowded street and face no consequences, at least while he still remains in office. This flies in the face of numerous laws and the ability of both the courts and congress to investigate and censure or impeach the president while he is president.

But, according to Kavanaugh, a president deserves this special consideration because,

It is true that presidents carve out occasional free time to exercise or read or attend social events. But don’t be fooled. The job and the pressure never stop."

After news of Kavanaugh's unique views on presidential privilege broke, people were decidedly not in favor of his nomination to join SCOTUS and potentially decide whether the man who put him there would face prosecution.

Some suggested that Kavanaugh could still be acceptable so long as he provided a promise to recuse himself on any rulings regarding the man who gave him his job.

@Acosta There’s your SCOTUS pick! Senate Dems must get an assurance that Kavanaugh would recuse himself if this issue ever comes up!!!
— David H (@David H) 1531154401.0

Others weren't very assured though based on past assurances.

@Acosta the President being an agent of a foreign power would cripple the federal government.
— HuttHutt (@HuttHutt) 1531154309.0